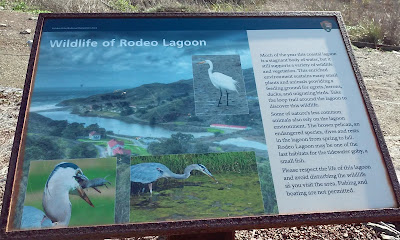 After days of raining, we had a sunny day today on Christmas. I took advantage of the nice weather and drove to Marin Headlands in Sausalito with the pooches. I ended up at Rodeo Beach. It was beautiful out there. I don't think I had ever been out there before. It was also Cracus' first day trip. He was so excited and couldn't stop pulling and sniffing everything. 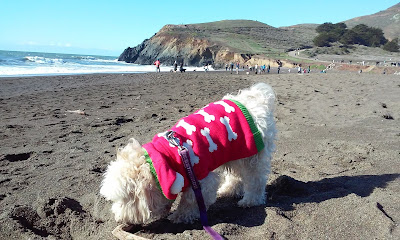 There were many dogs around. Some had leashes on and some were leash free. Since it was Cracus first time there, I kept both of them on the leash. It had been a while since I took Kelsey on a day trip, too. She was very excited as soon as we got off the freeway. She got up in backseat and started barking at the bicyclists passing by the car. 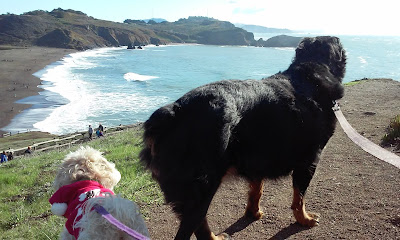 Kelsey is probably about twelve years old now, which is quite old for a dog her size. She has been getting slower and slower. However, she always wants to come along. I was worried she would not be able to make it up the hill. As soon as we got to the top, she laid down and took a break to enjoy the view. Both Cracus and Kelsey seemed to really enjoyed the hike along the coast. I had a good workout as well.  Both dogs were so tired after they got home. They went to sleep early tonight. 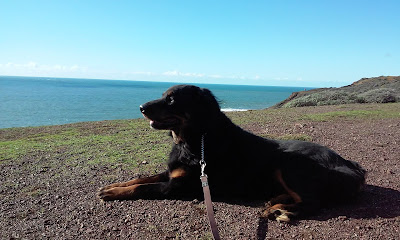