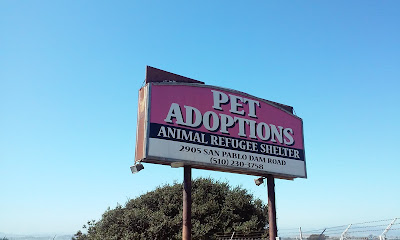 I came across Animal Refugee Shelter website on November 1, 2014, when I was looking for a dog to adopt around my area. I had already stopped by Berkeley Animal Services and didn't find a dog that was a good fit. I found a very cute and playful large labradoodle, who I adored, but I knew that I wasn't going to have enough time to devote to another large dog. 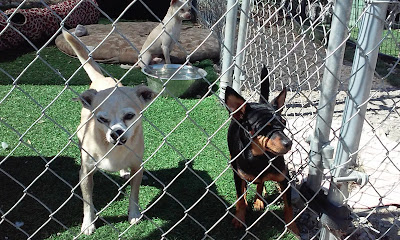 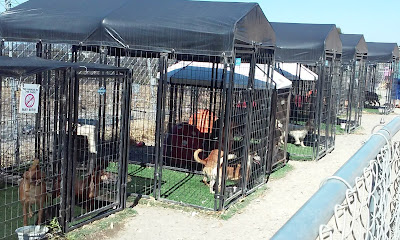 Cracus appeared to be a little nervous when we got there. Perhaps it was from all the dogs' barking. Cracus barked a lot when I saw him behind bars on November 1st, 2014. He was happy to see Blythe, who runs the shelter. He put his head on her lap. I wish I had taken a few pictures.

I recently had a conversation with a woman in her 20's. She bought a male Akita/husky from a breeder a few years ago and has not get the dog neutered. She told me that she isn't able to board her dog at any dog boarding facility because he's not fixed. I asked her whether she's planning on breeding her dog. She said no. I asked why not get the dog fixed? She said that is cruel, and she will not abuse her dog. That was an interesting point of view because I feel it's a much bigger abuse when unwanted pets are euthanized. I asked her what if he gets out and get a female dog pregnant? She said he is not going to get out. She also insists her dog is very gentle and has no aggression. I couldn't say anything else to make her see that getting our pets fixed is the responsible thing to do.

Just look at all these dogs waiting for homes. 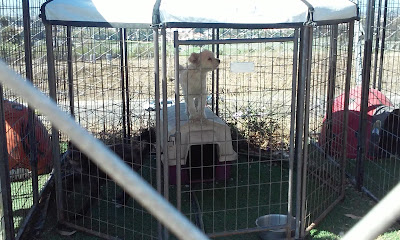