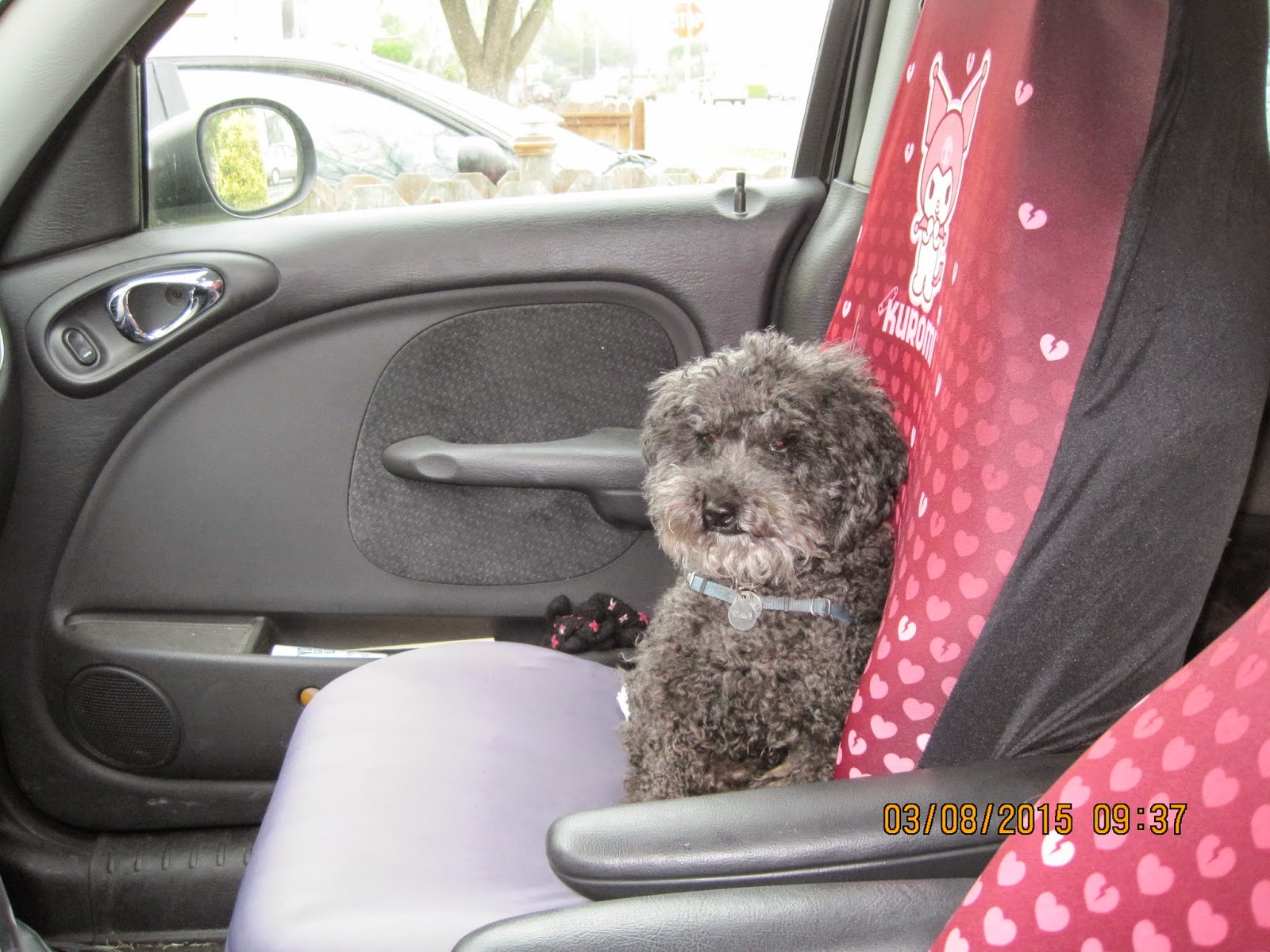 Yesterday afternoon as I was heading over to Sacramento, an acquaintance of mine asked me if his dog could stay with me overnight as his family wanted to go out of town. I told him that normally I would love to but I wouldn't be back until after 6 p.m. He thought about it and asked me if I would be comfortable to pick up the dog on my own after I return from my day trip. I was okay with it. I was pretty sure I could get the dog even though I never met him before. By the time I got back home and got the direction to the house, it was 8 p.m. The little dog was probably confused and sad. He barked me a couple times as I entered the house. As soon as I got a hold of his leash, he was happy to go with me. Since I didn't know the dog, I put him in Cracus' crate on the way home. I could hear him whimpering in the back. Cracus and Kelsey was excited to see the new dog especially Cracus. He wanted to play rough house immediately but Jasper was too timid. He just got here and didn't know us. This morning, I put the dogs in the car. Cracus always rides in his crate. Kelsey rides next to Cracus' crate. I was going to put Jasper in the back, but he immediately moved himself to the passenger seat and was quite comfortable staying there. Okay, now I know why he was crying last night on the way to the house. He is a front seat dog! 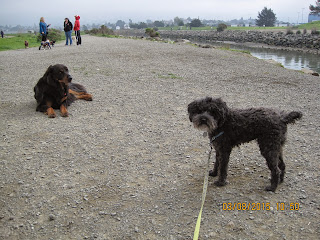 Point Isabel is our weekend stop. We either start our day with Pt. Isabel or end our day with Pt. Isabel. It was a bit of a challenge trying to keep both Jasper and Cracus on the leash. Cracus is a spaz. He just can't walk a straight line. Finally I just let him run off leash even though potentially he might get ticks on him again. A few nights ago I found an engorged tick on his face, and I had to remove it. It was the first time I ever found an engorged tick on my dog and removing it. Cracus completely flipped out and bit me several times although he didn't break my skin. For days he was scared every time I tried to check on the tick bite on his face. Anyway, I decided that I can't just keep Cracus on the leash forever. Dogs are meant to roam freely sometimes. 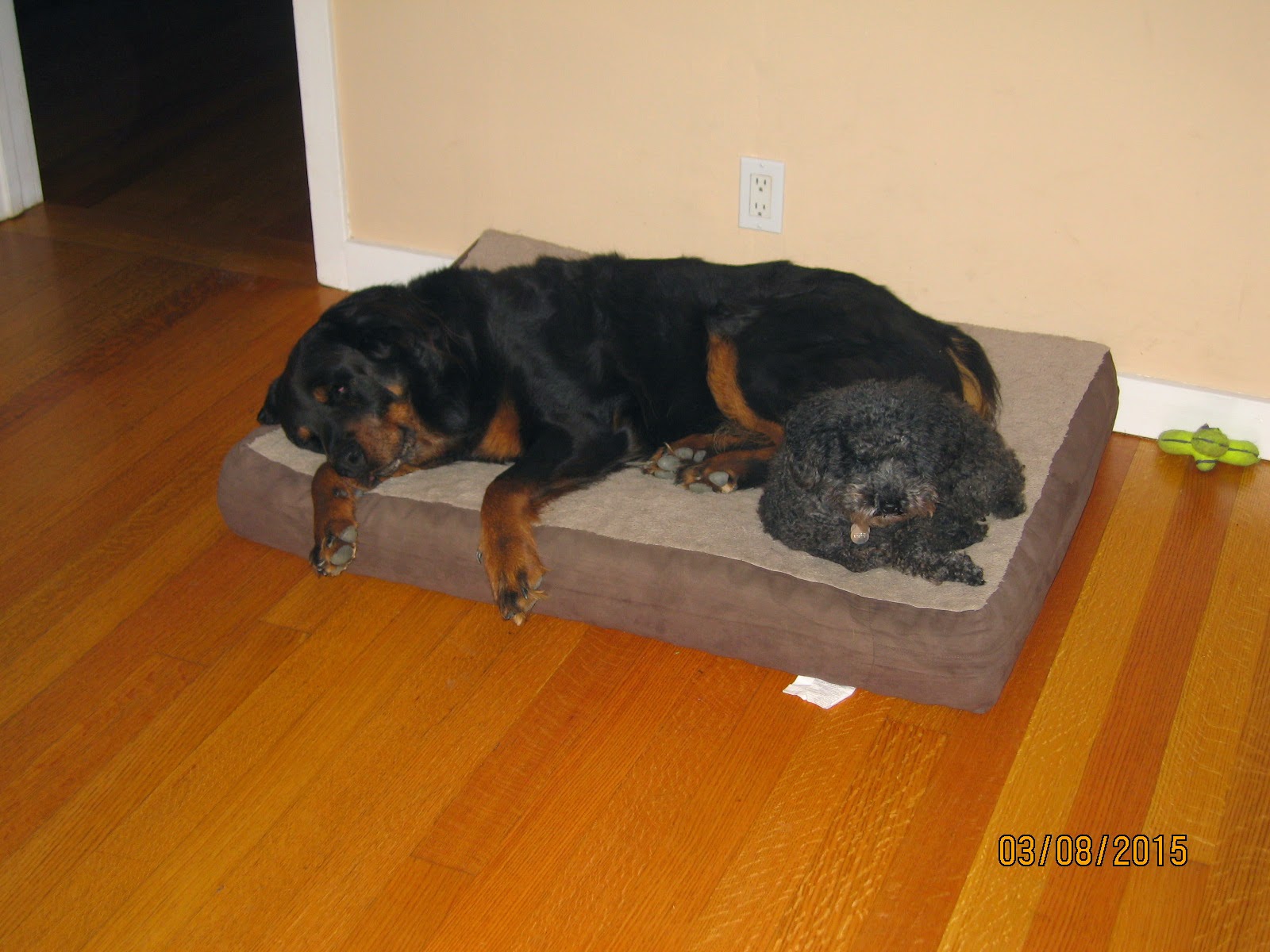 Kelsey was a bit jealous of Jasper. Since Jasper was our house guest, I naturally paid more attention to him. I wanted him to feel loved while his humans were away. Kelsey actually growled at Jasper every time he got too close to her. I was pretty surprised that by the early evening, Jasper was sharing Kelsey's bed! It took Cracus at least a week to lay next to Kelsey on her bed.  Around 7 p.m., Jasper's humans got back in town and picked him up. We are going to miss you, Jasper!