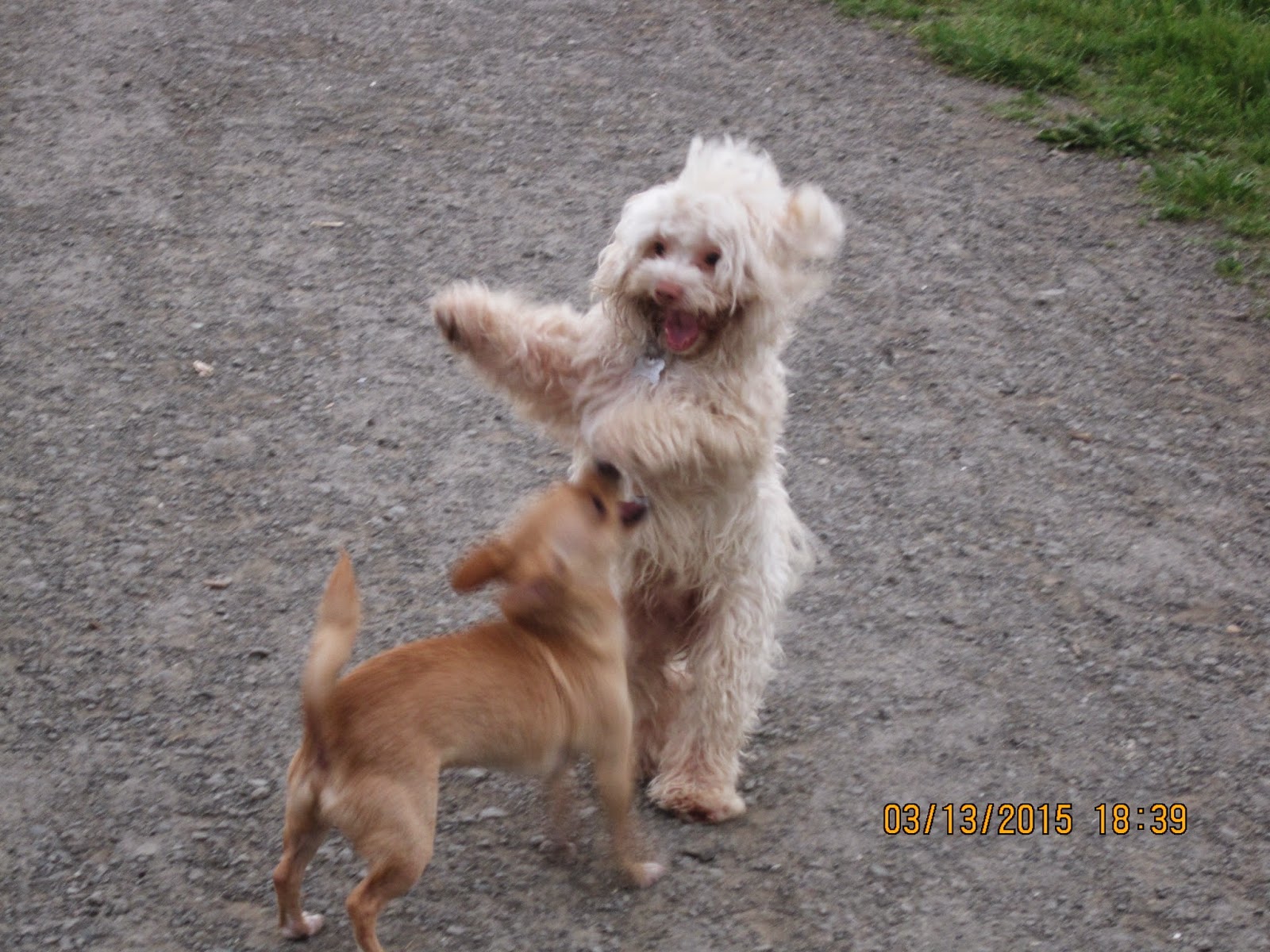 Cracus is becoming quite popular at Pt. Isabel, where I take Kelsey and him for walks several times a week. While everyone likes Kelsey and thinks she's just beautiful, Cracus makes people laugh. The shaggy hair, constant grin, pink nose, and dancing on his hind legs just bring smiles to people's faces. Some people actually just crack up at the sight of Cracus. One of Cracus' best friends at Pt. Isabel is a little male chihuahua. Even though he looks small, he is quite feisty. He has to be feisty in order to counter attack Cracus. 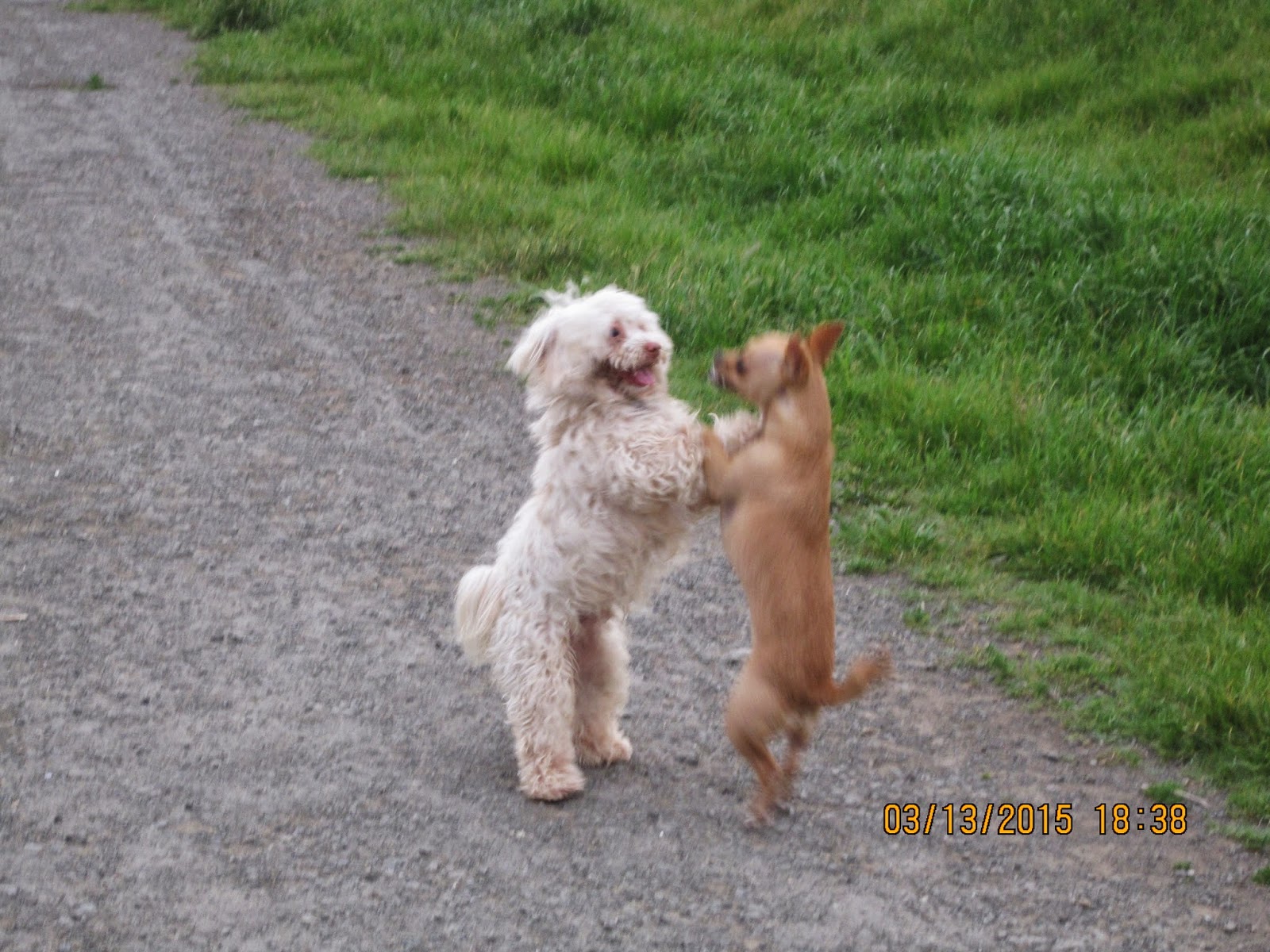 Some owners get a bit worried because Cracus gets overly excited when he's playing then he starts making this growling sound. I have seen Cracus rolling a few times because he was running so fast. He just turned into a white fur ball and rolled on the ground.  Someone at Pt. Isabel called him "Little White Dancing Bear." I guess he does look like a little teddy bear with that hair. I have tried to give him a haircut, but he's still fearful of the clipper.  So far I have not been able to trim the hair on his legs.

I recently saw a great Youtube video called Happy Dogs and Cat in Australia and decided to make one of my own. I call it Little White Dancing Bear featuring Cracus and his friends.