Finally a Good Look at the Baby Mourning Doves 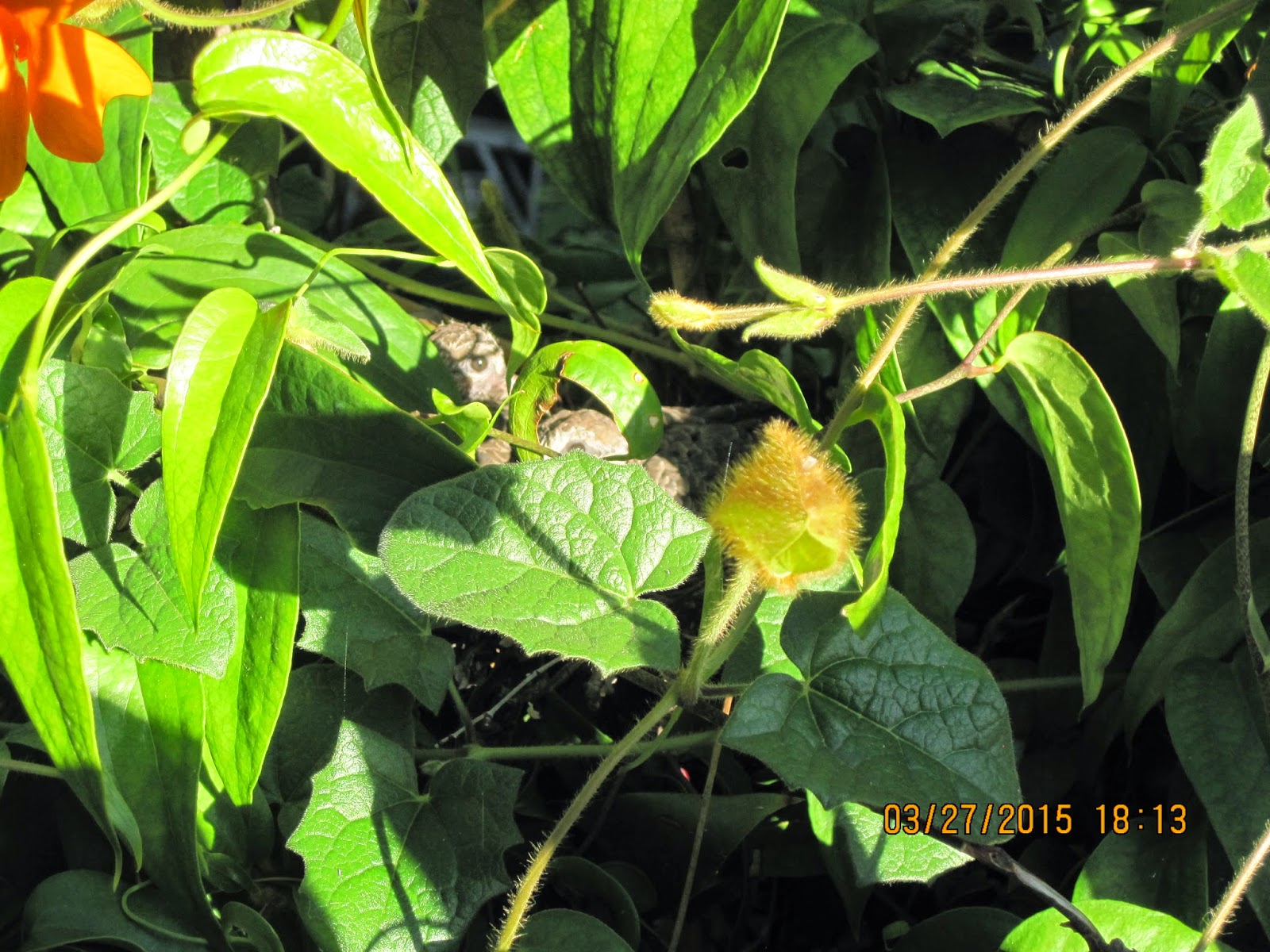 I have been checking on the doves every day. Yesterday I caught them without the mom, but they were very hidden between the leaves. I never want to disturb them but brushing aside the leaves, so the photo above was the best I could get.  There are just two chicks. I thought there were more.  I went back to the photos on March 9th, and only 2 eggs are in the picture. 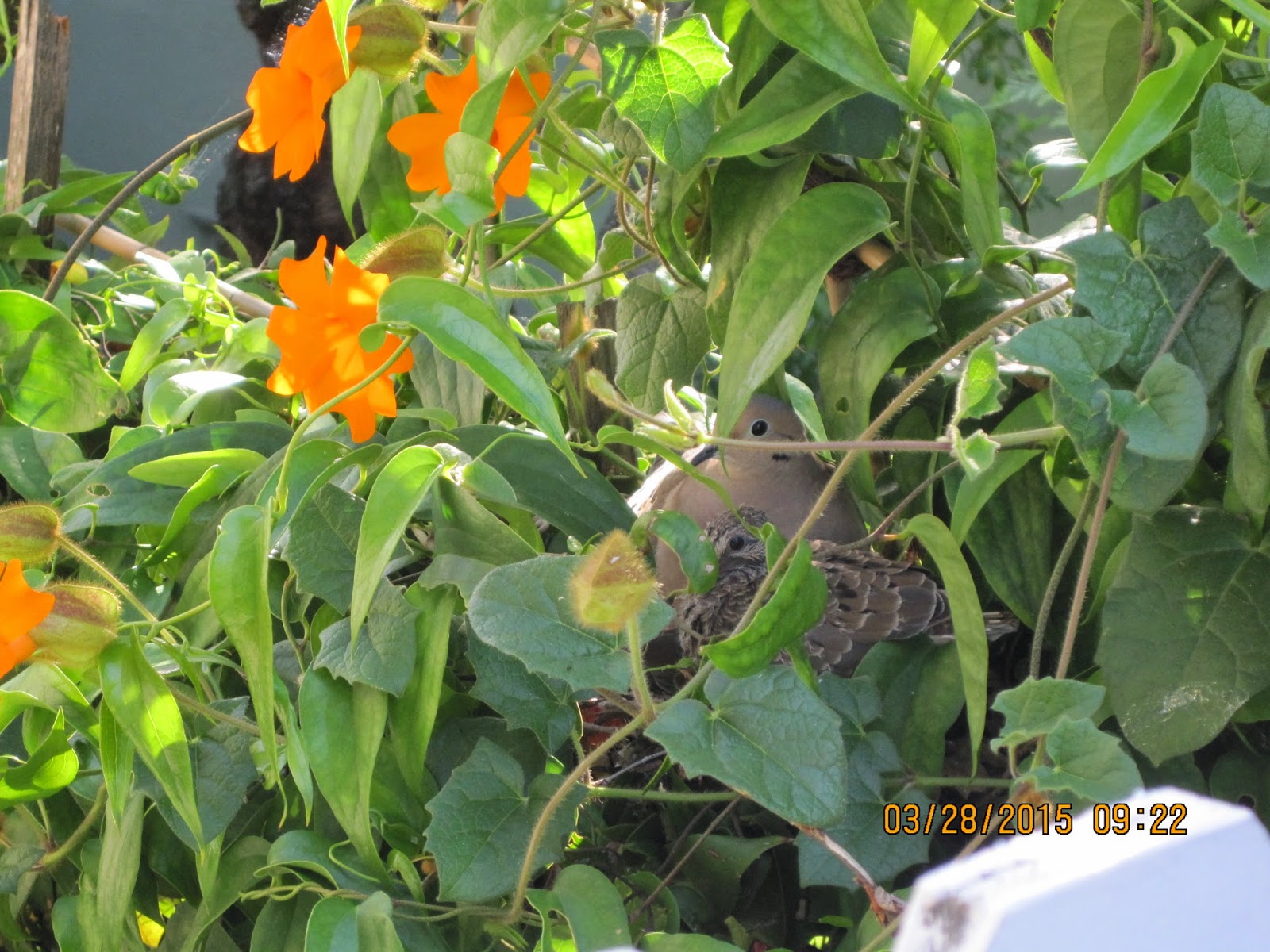 This morning, I looked at them again. Mom was sitting with the chicks, and I could only see one chick. After returning from Pt. Isabel a few hours later, I checked on them again. Yahoo!!!!  Only the 2 chicks were home, and I was finally able to get a clear photo of them! I can't believe how much they have grown in eight days! (see photo from March 20th). They are now completely covered in feathers. Pretty soon they will be learning to fly! 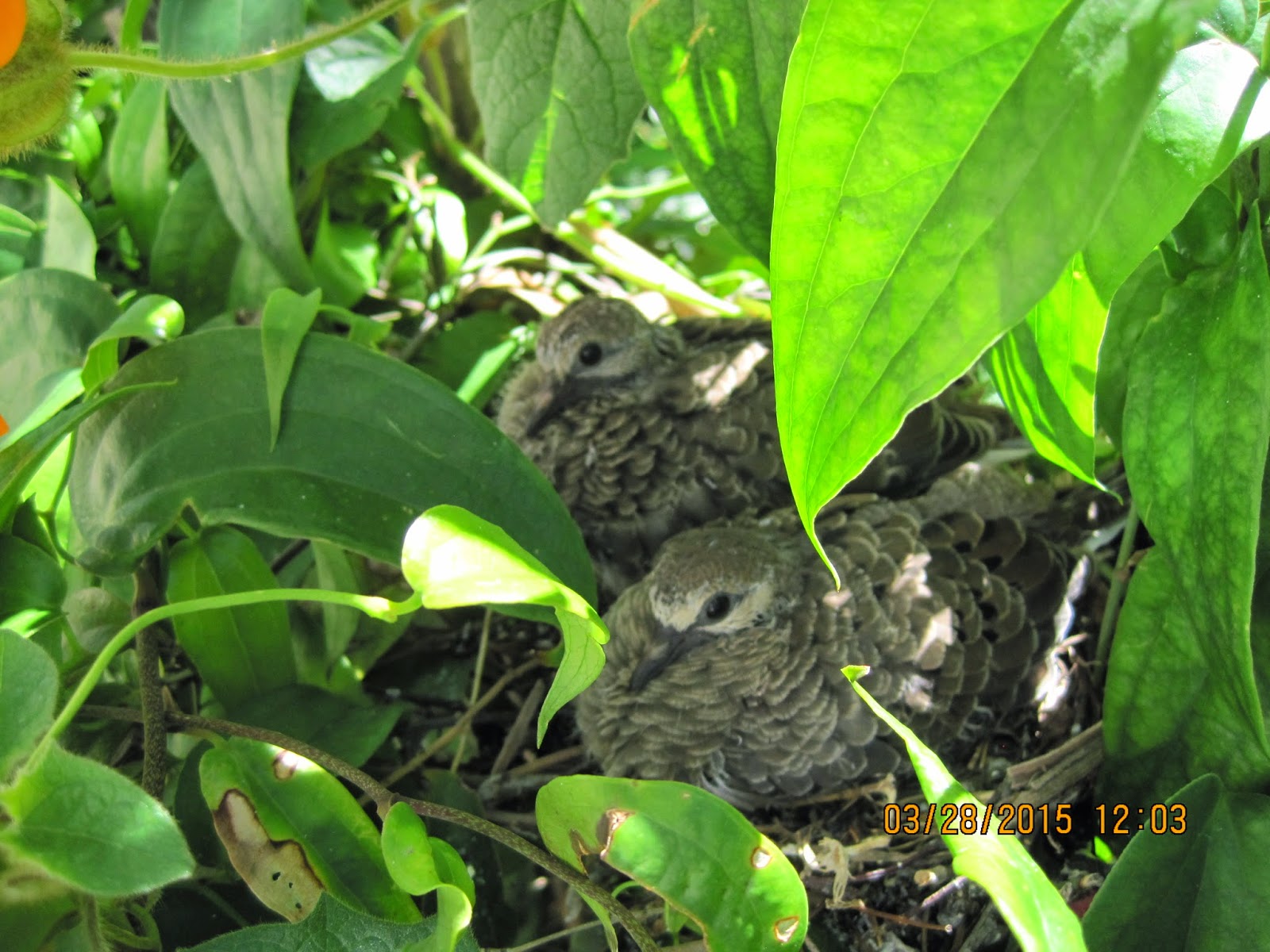