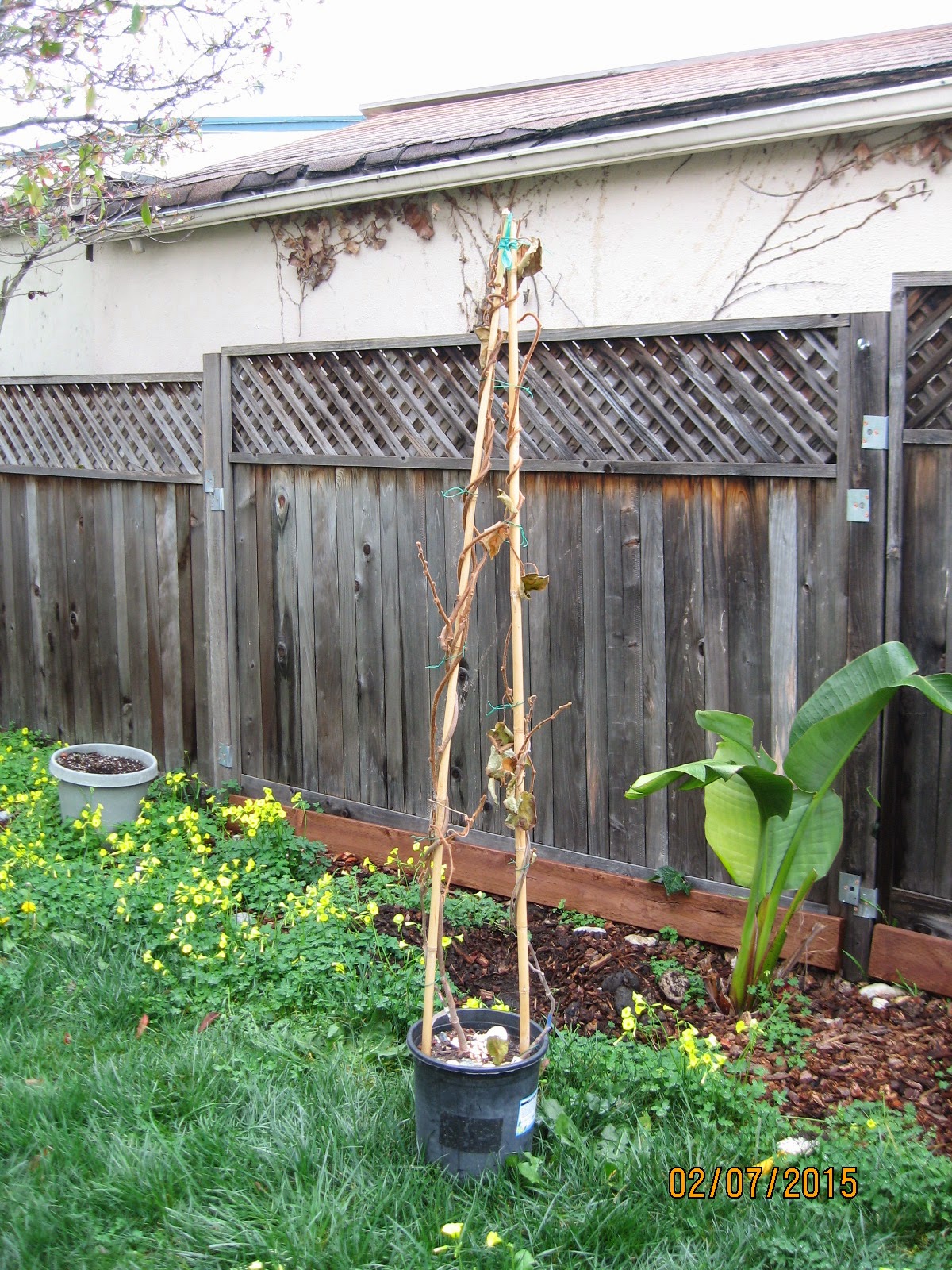 Shortly after moving to the new house, I got myself a pot of one female and one male fuzzy kiwi plants.  For months, the pot lived in the corner of my kitchen. I watered it regularly but the leaves continued to dry up and fall off until there is hardly any leaf left. I was concerned at first and read many articles about growing kiwi particular growing kiwi in the Bay Area.  It turned it is normal for the leaves to fall off during the winter.

As the weather starting to warm up, I decided it is time to move it outside so they can expend their roots and get open air and rain. 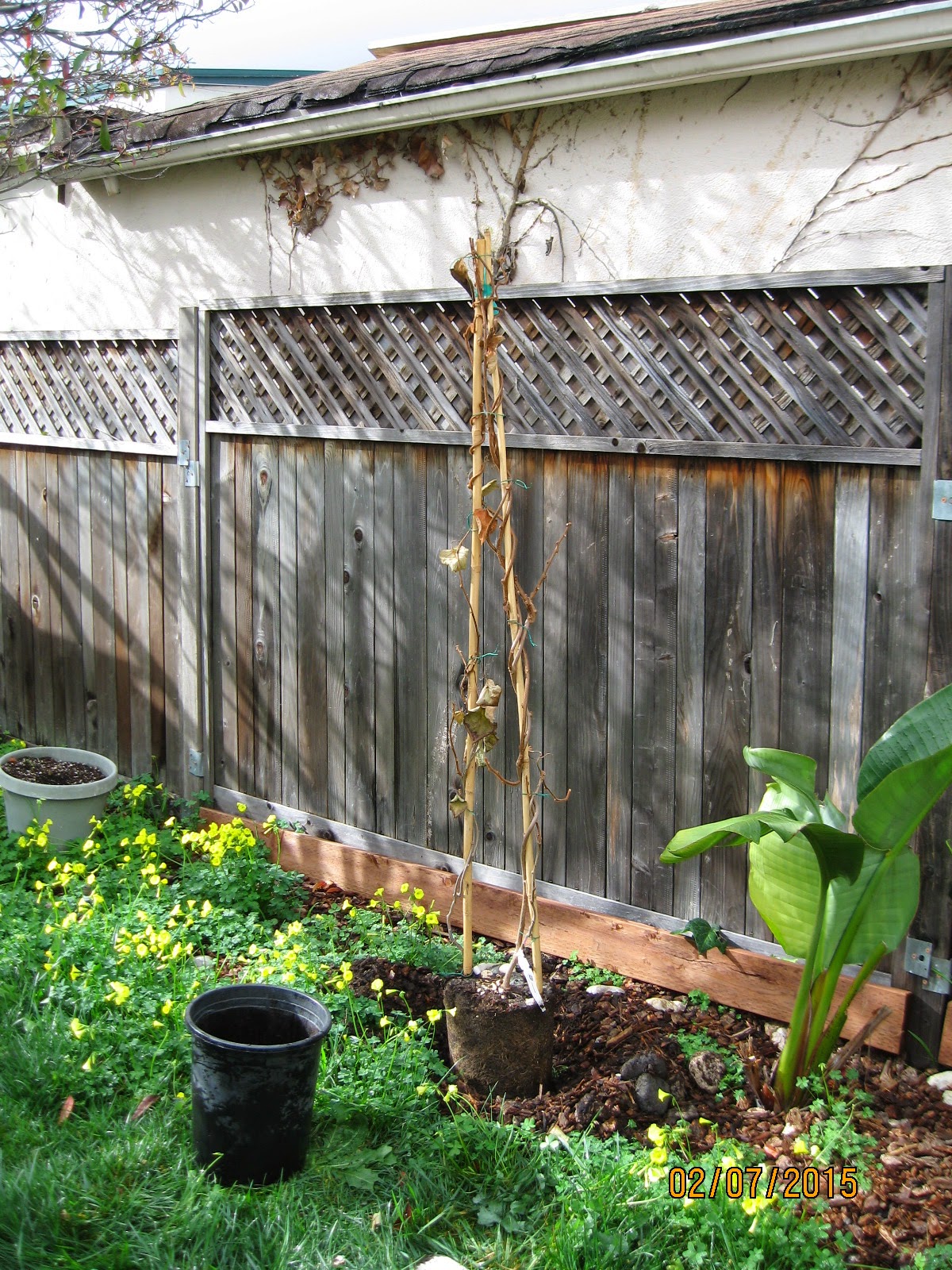 It took some struggle to remove the plants out of the pot. I laid the pot on the ground sideway and pressed it all around with my knee and shin to loosen it up.  I almost wanted to just cut it open, but I had something else in mind with the black planter and didn't want to destroy it.  Finally it all came out in one piece. There are so much roots. I spent a great deal of time trying loosen and break open some of the roots so that they can integrate into the ground better.

Now I am just going to hope Cracus will leave it alone otherwise I would have put up a barrier of some sort. 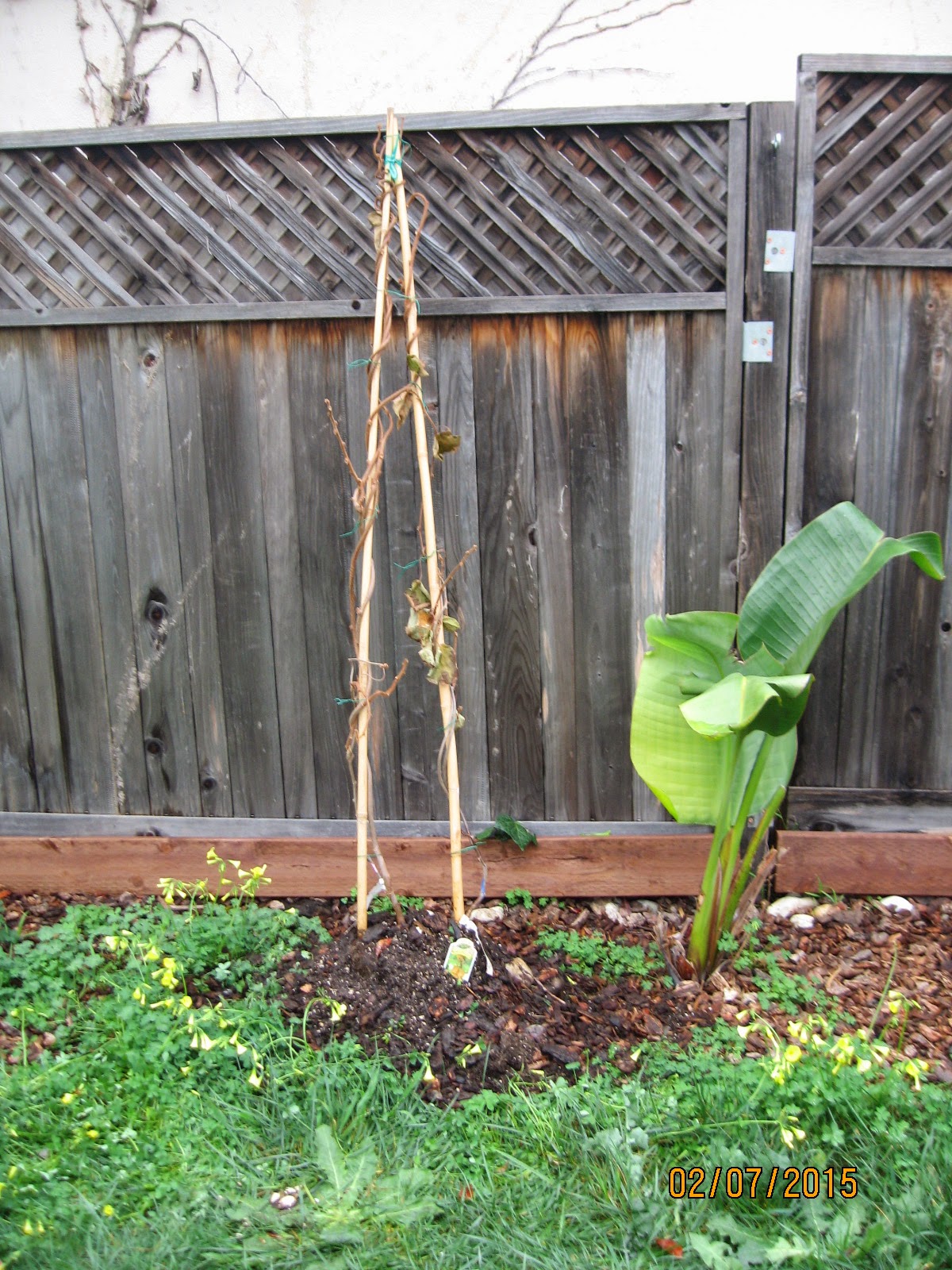 Email ThisBlogThis!Share to TwitterShare to FacebookShare to Pinterest
Labels: Kiwi