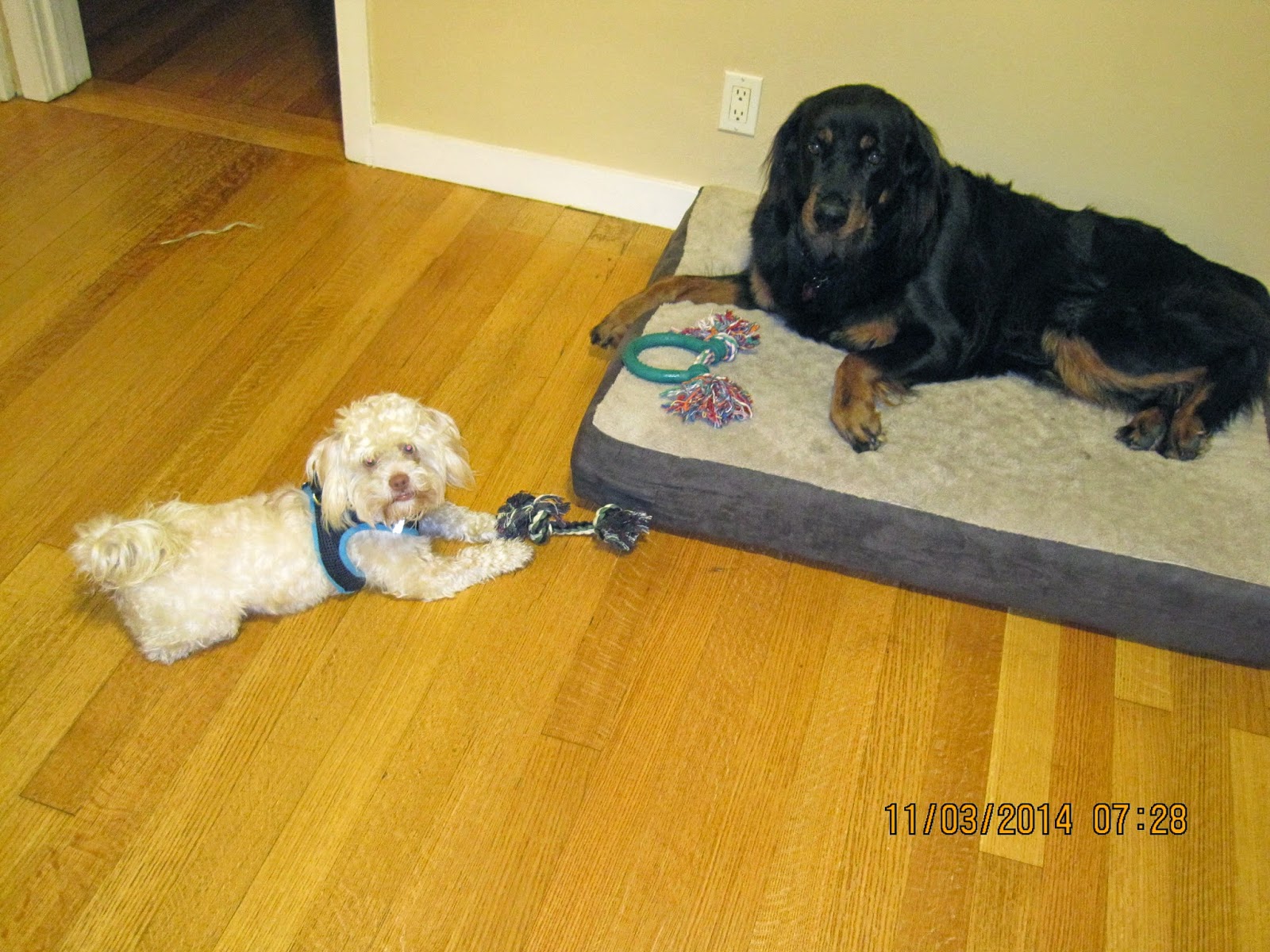 I have been thinking about getting a second dog for a while.  I thought about what are involved in having another dog - space in the car, additional cost in food, living area, additional shedding and bathing of the dog, training, and vet bills, etc. Even though I would love to have another dog that's similar to Kelsey's size, I decided it would be easier to get a small dog. I stopped by Berkeley Animal Services and was immediately drawn to this super cute young labradoodle, who was adopted immediately a week ago but was returned due to his constantly playful nature. I could see that would be a problem for me as well but he was super cute. I almost wanted to get him out of impulse. The animal control officer gave me a book, Love Has No Age Limit, to read over and take everything into consideration before getting that second dog. It is a wonderful little book, which I highly recommend to anyone who is thinking of adopting a shelter or rescue dog. I have never even considered getting a dog from a breeder. All of my dogs were pre-owned.


I ended up finding this little white dog at Animal Refuge Response in San Pablo. They think he's a poodle mix and is about 9 months old. The little guy looked so eager to get out of the shelter and is so sad when someone walks away. He would just then curl up in his little bed and wait for the next person to come by. I ended up taking him home on the same day. Little did I know he could turn into a little crazy monster.  He jumps on people and Kelsey and would try to bite my hands with his little sharp teeth. He also makes this crazy wild animal noise and runs super fast. He reminded me of Gremlins with his pink lips, nose, floppy ears, and somewhat unpredictable temperament.


I wasn't sure what to call the little dog, but I kept calling him crazy little circus dog. I thought about calling him Gremlin or Mogwai (from Gremlin). At the end, I figured Cracus would be perfect. It sounds like a real name but it's basically Crazy + Circus = Cracus. He probably looks pretty normal and cute in the photos above. Take a look at the way he plays with Kelsey in the video below. Kelsey tried to ignore Cracus for a couple of weeks, but I guess she finally decided that she had to try to wear down some of his energy.