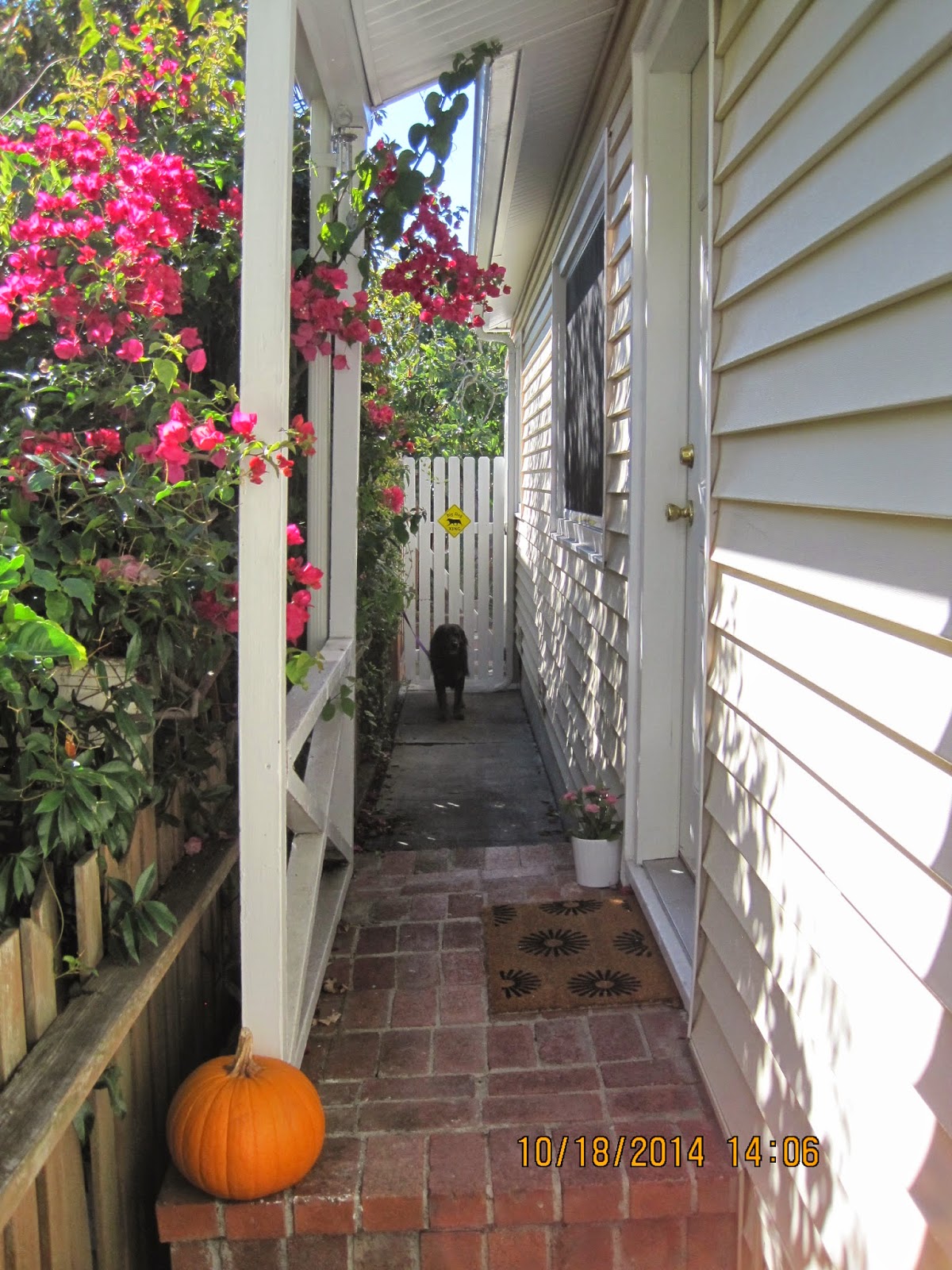 During the past week, Sand Village Farm has moved to a new location in El Cerrito.  I have officially become a first time homeowner!  Somehow I just can't believe this has finally happened and is happening. For the entire week I have been moving my things over, sorting, packing, and unpacking. It's scary how much stuff one person has. Most of the things I accumulated in the last ten years were given to me. It was hard to turn down free stuff! I moved in on Saturday, October 11th. Today as I walked past by the shopping center, one of the merchants were giving away pumpkins! I carried one home with me. See, more free stuff. At least the pumpkin is compostable if I don't eat it. 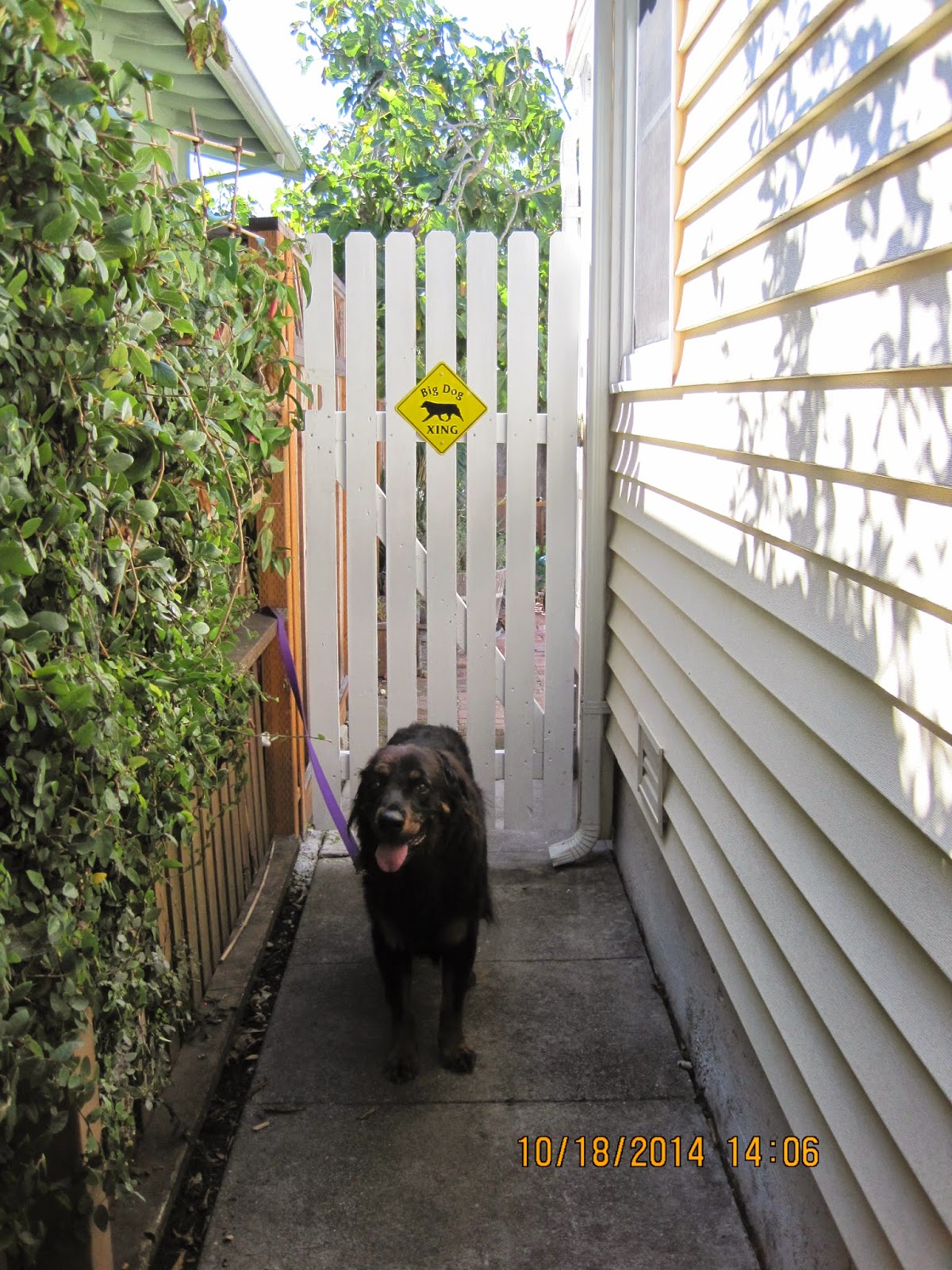 Dusty, Kelsey, and I are all getting used to the new place. The backyard has a sprinkler system. I thought it was not set until this morning. It turned out that it is scheduled to water on Saturday morning. I had put Dusty on the grass earlier this morning, and he and his food got all wet!  Kelsey seems unsure of the new place. She has not barked at any of the neighbors yet, which means she has not yet claimed this place as her place.

One of my new neighbors is a 4th grade girl who loves animals. Her family has a black cat named Junior, who thinks he owns the block. He has visited me the very first time I came to this house during its open house. The girl was excited to learn that I have a dog and a rabbit. She came over to play with Kelsey a little and wanted to go for a walk with Kelsey and me during the week. 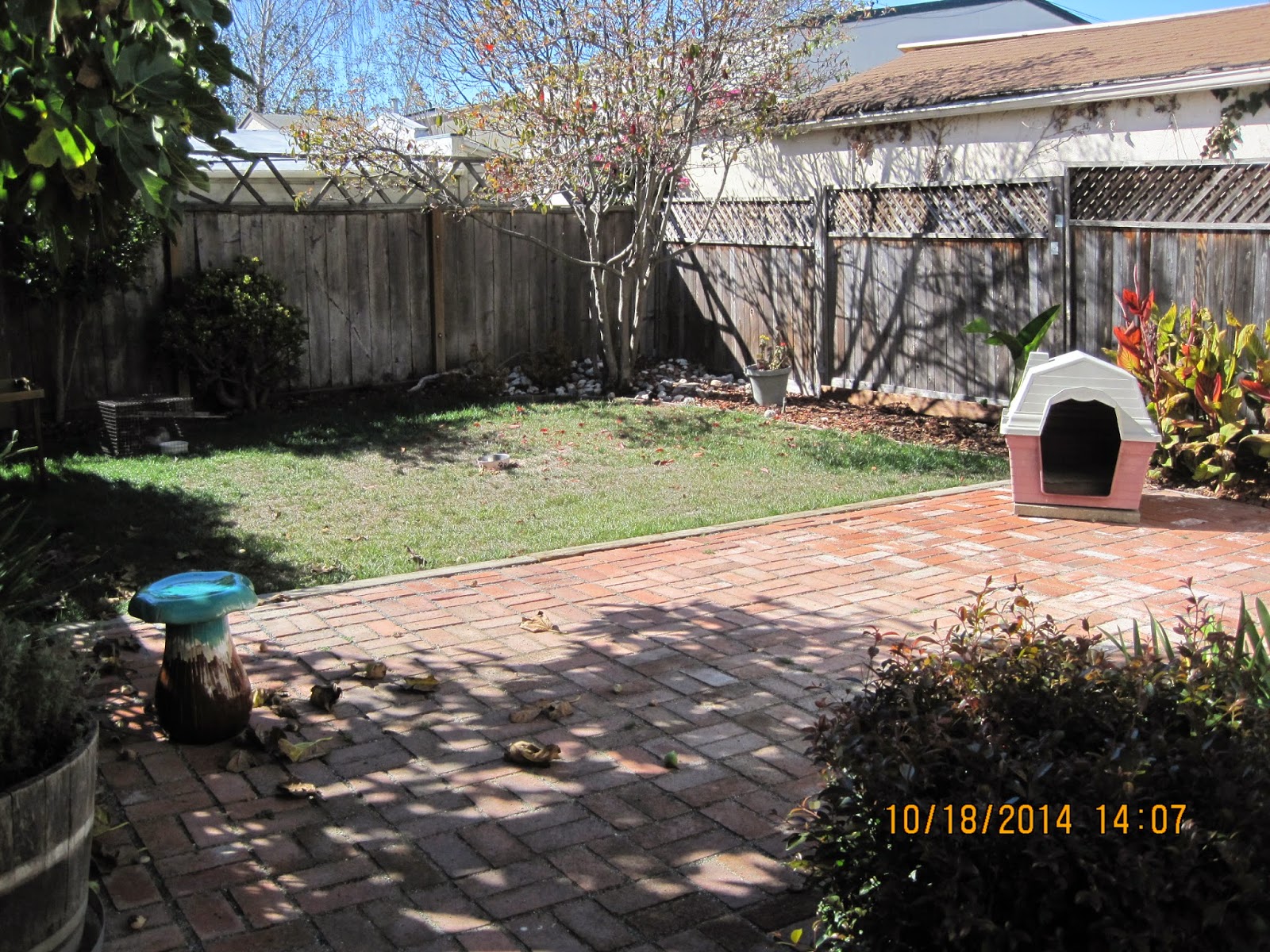