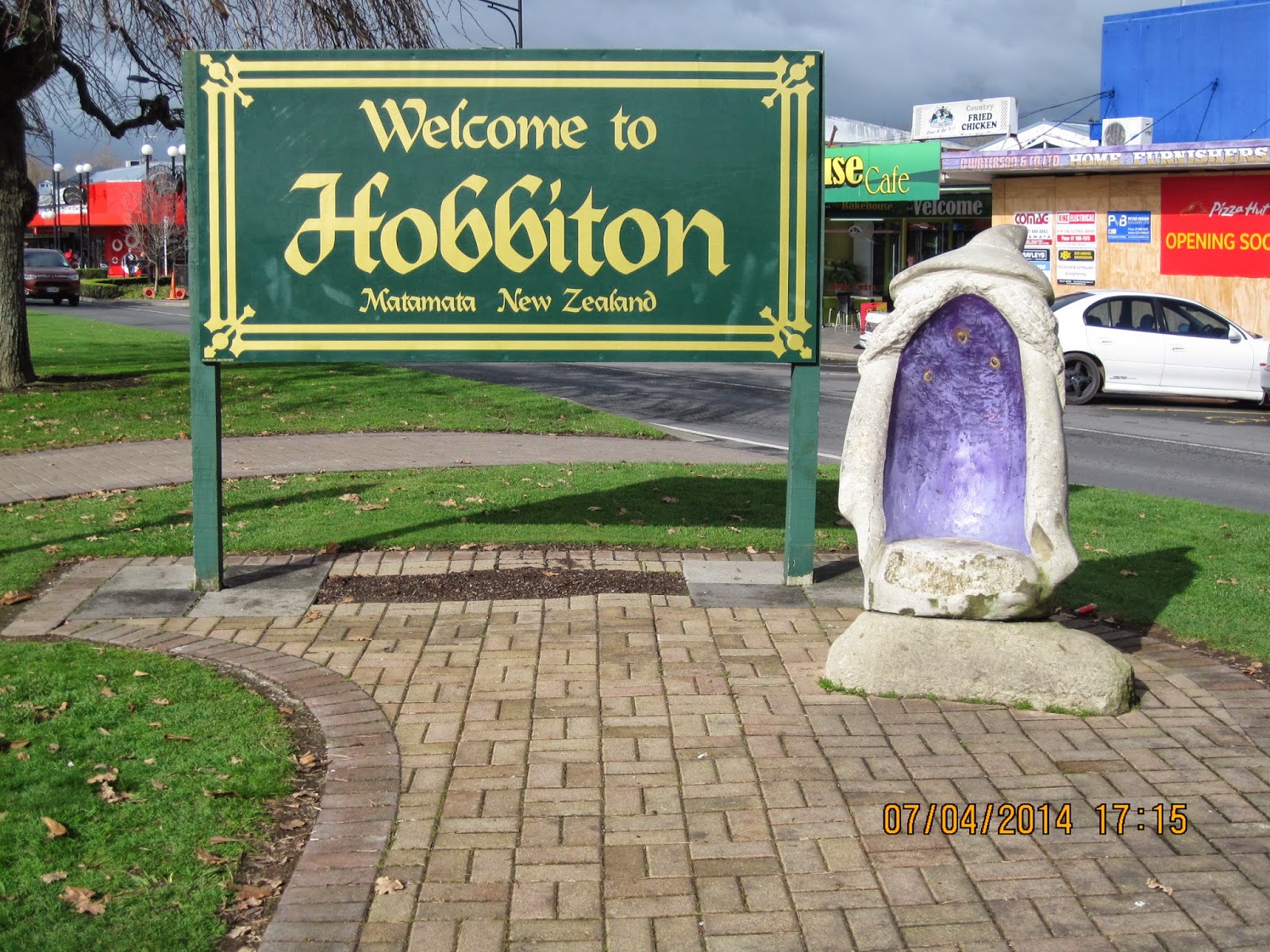 Ever since I saw The Lord of the Rings in 2001, I knew I wanted to visit Middle Earth, a.k.a. New Zealand. It's hard to believe that was 13 years ago!  Now I made my way to Hobbiton. The excitement had my blood pumping and heart beating fast. The whole time I was in Hobbiton, I was so overheated that I didn't need a jacket. The weather's kind of interesting here. It's almost tropical as it would rain for five minutes and then the sun would come out for a couple hours. It would then start raining again for a few more minutes and repeat.


It took about three hours of driving to get from Auckland to Matamata.  I took InerCity bus to get there and back. The tour lasts for 2 hours. As I stepped off the tour bus, I just couldn't stop smiling. On the way there, I met up with one LoR fanatic from Norway. He had watched the movie in the theater for 87 times when it was released! He was able to answer almost all the questions our tour guide quizzed us. The only one he couldn't answer was answered by me!  I was very impressed with all the vegetable patches in Hobbiton. They are real vegetables. You know I can tell that sort of thing. The tour guide explained that they have several full time gardeners to tend the vegetable patches to make sure they always look nice. 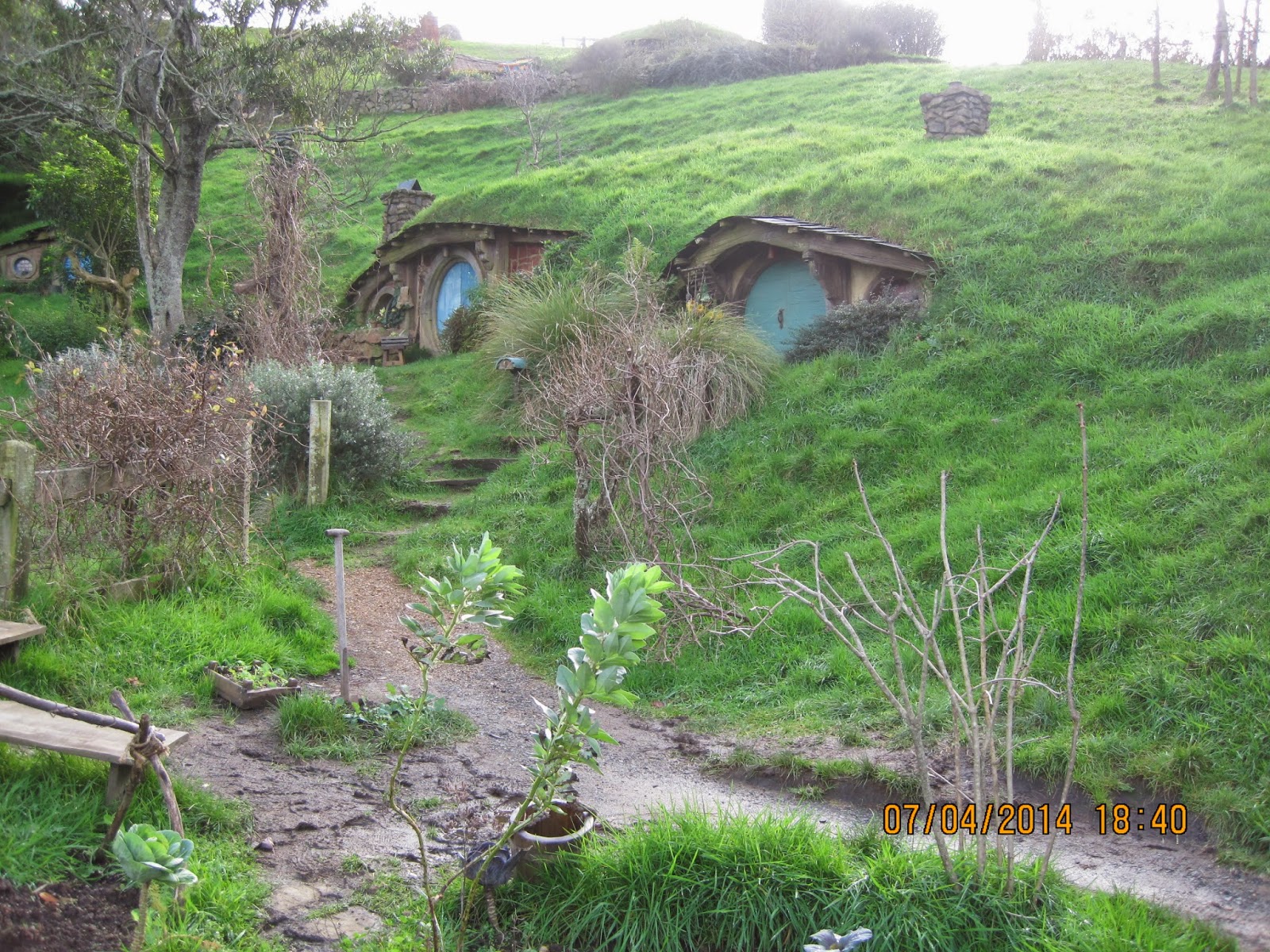 The one question the guide asked that was answered correctly by me was who lives in the hobbit hole with the yellow door pictured below. It's Sam, Frodo's loyal companion. The very last stop of the tour was Green Dragon Inn, which is a real operating tavern in Hobbiton. The tour included one complimentary drink. I had ginger beer which is what kids get since it's non-alcoholic. I felt a little sad as I got back on the tour bus to leave Hobbiton, but I look forward to visit more LoR film locations in Wellington.


Prior to my trip I took some time to upload The Lord of the Rings soundtrack to my phone. As we were walking around The Shire, I had to play Concerning Hobbits at the same time while taking a short video clip. This might be the only opportunity for me to do this ever.