Another Awesome Park in Crockett 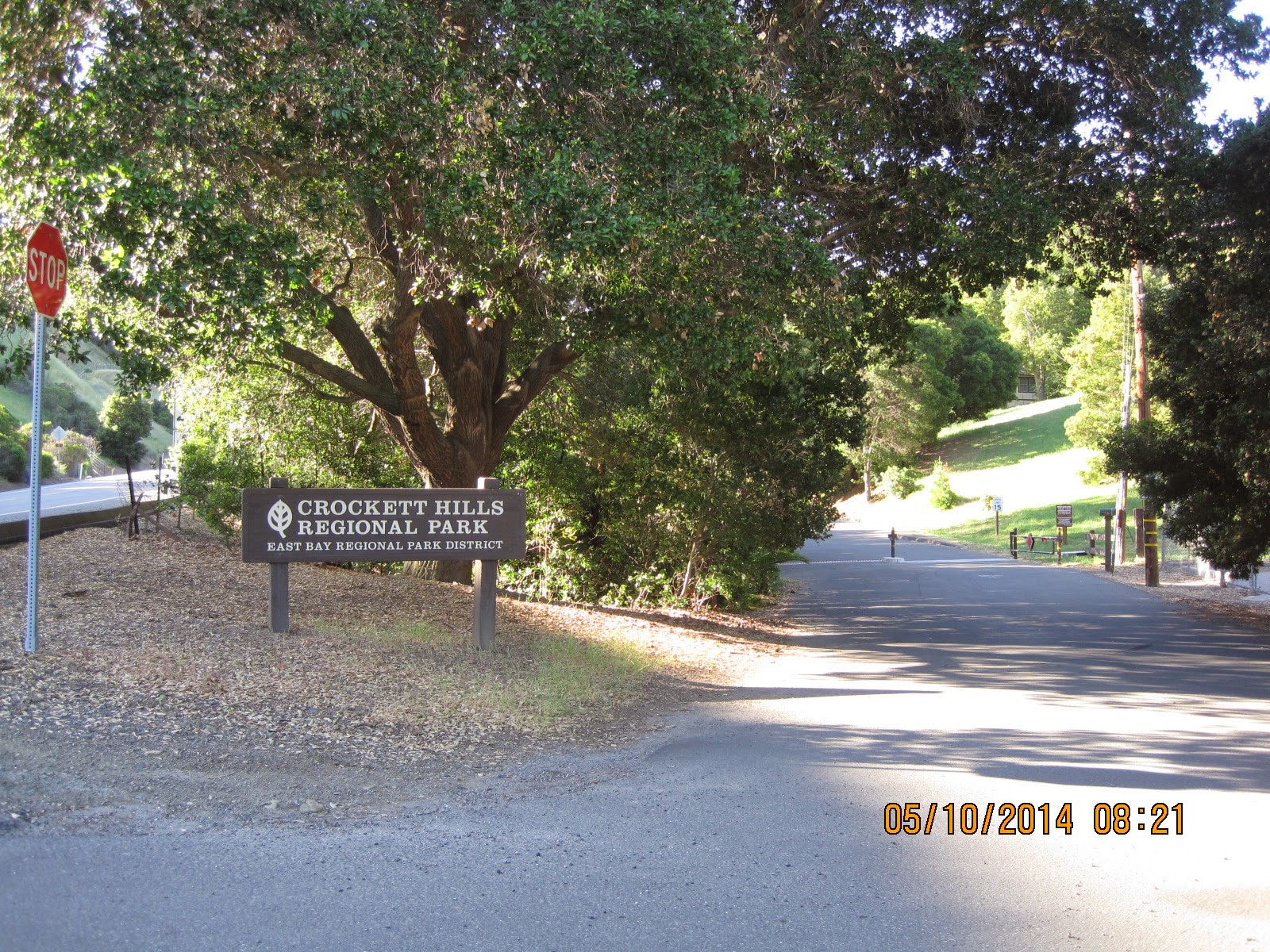 Since I had such a great time at Carquinez Strait Regional Shoreline yesterday, I was compelled to go back to Crockett to check out Crockett Hills Regional Park, which is pretty close to Carquinez Straits Shoreline. I headed over around 8 a.m. I am really starting to like getting out early on weekends. Everywhere is quiet and peaceful. There are very few cars on the freeway and on the streets in general before 8:30 on weekends.  When I got to the park, there was no other car in the parking lot. Near the entrance right next to the parking lot, there are some nice picnic tables and benches. There is also a very nice big grill that still looks almost new. One of these days I need to have a barbeque in a park! I think I will pick this park. 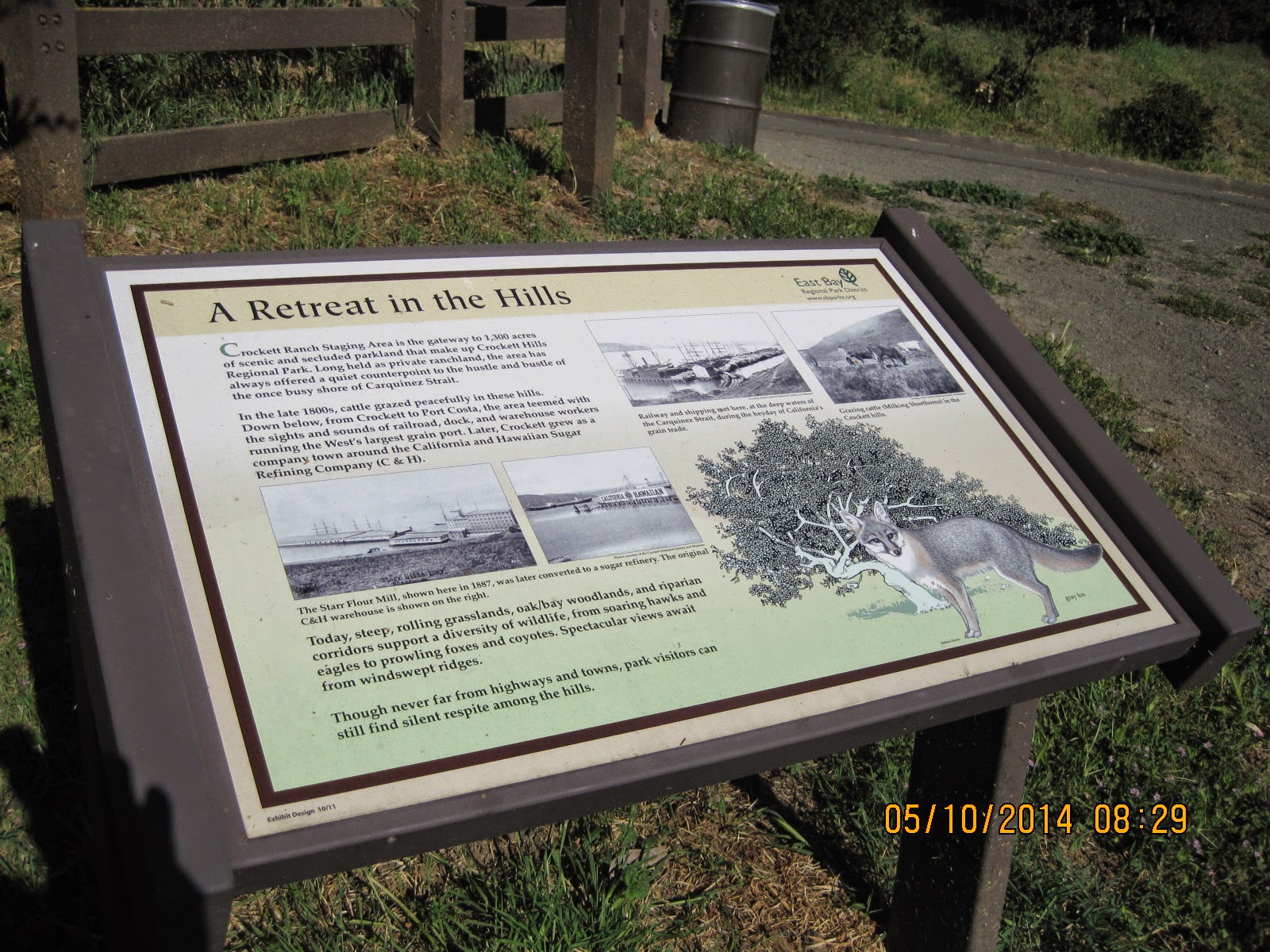 A friend with her two German Shepherds met up with us on the trail. The German shepherds are a lot younger than Kelsey. They were bouncing and running all over the trail.  Kelsey even got a little excited with those two young dogs around.  There is a tunnel off the main trail. Once we passed through the tunnel, it's just acres of open space with cattle grazing on the field. The German Shepherds even ran after a big cow. Kelsey also ran with them. We got worried and called them off. Kelsey came back right away, but it took a lot longer to get the shepherds to turn around. When they finally came back, they were wet. They ran all the way to where the big paddle was and took a dip. The grass was very tall on the open space. When the dogs ran off the trail, we couldn't even see them.


We continued on to where there are some picnic tables and benches. We took a water and snack break there.  I took the opportunity to take a photo of Kelsey with her German friends.  Although Kelsey was having such a great time, she was limping on her bad leg.  There is no shade on the open field, and it was getting hot.  I decided to turn back while our friends continued on.  On the way back, I encountered a few more hikers who were just getting started. I was ready to go home and make a brunch for myself after a nice morning hike.