I went to my first powwow while I was attending UC Davis. Ever since then I have actively looked for powwows around the bay area to attend. I enjoy the costumes, the drumming, the chanting, the dancing, and fry bread a.k.a. Indian taco.


Stanford Powwow is one of the biggest powwows in the area. It always takes place during Mother's Day weekend starting from Friday evening and lasts until Sunday evening. It's free to attend and everyone is welcome. Most participants of the powwow camp on the campus during the weekend. A few traditional teepees can be seen although they are usually for display only. 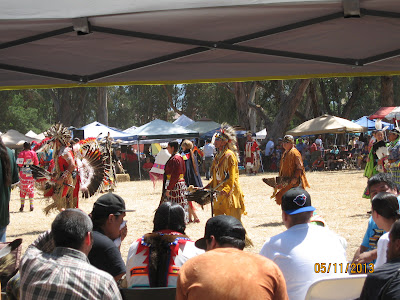 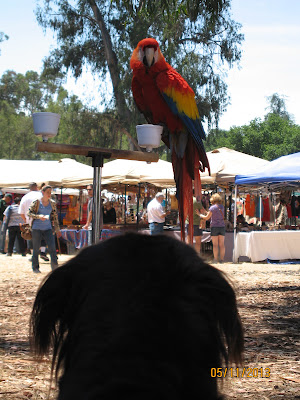 This year I brought Kelsey with me. There were many other dogs at the powwow and some greeted Kelsey. Kelsey was particularly interested in the parrot. You never know what you'd encounter at a powwow. There was a wolf conservation booth that brought 2 wolves with them to educate the public. I was particularly excited to see the wolves. 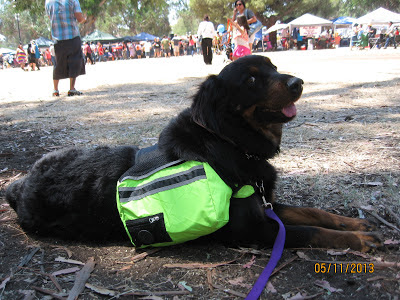