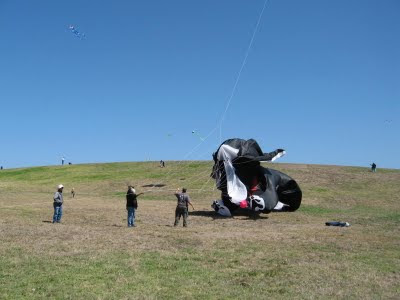 I went to walk around Berkeley Maria this morning with a friend. As we were walking back to the car, we saw 3 men trying to get a huge kite to float in the air. In the beginning, we just saw this black and white sack lying on the grass. We couldn't really tell what it was. As more air filled it, I thought maybe it was a cat. We asked the men what it was, they told us it was a dog! Of course! Berkeley Maria is popular with dog owners and their dogs. 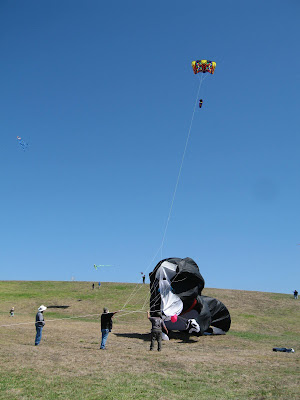 People were getting excited as the dog started to take its shape. A lot of people fly their kites there because of the slopes and wind. The men set up the dog and later a frog and a kid that looks like a South Park character (but it's not). The dog was the biggest kite, and many people and kids stopped to take pictures with it. It was a good day to hang out next to the bay just enjoy the view and sun. The men actually run a kite business out of a large truck, so if you are looking for a kite, just stop at Berkeley Maria and look for Highline Kites of Berkeley truck. 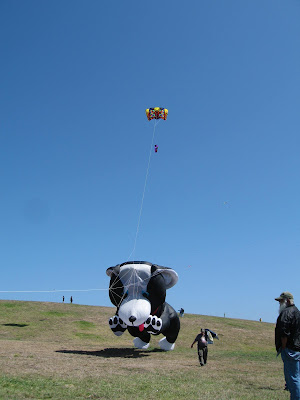