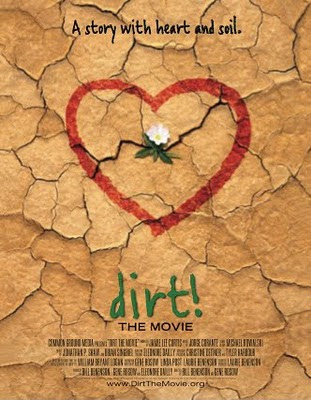 I checked out The 11th Hour DVD from the library and watched it again. As I Googled for the speakers in the film, I stumbled upon Dirt! The Movie, which is available for viewing on Hulu.com (free of charge in case you are not familiar with Hulu.com). I am no stranger to dirt, but it is always good to see a full length film to remind myself what I am doing is important even though it may be labor intensive or seem trivial at times.

There are several environmentalists who appear in both The 11th Hour and Dirt! The Movie, including Paul Stamets, an American mycologist, author, and advocate of bioremediation and medicinal mushrooms. Being an amateur mycologist myself, I am somewhat familiar with his work and surprised how often I see him in documentaries. 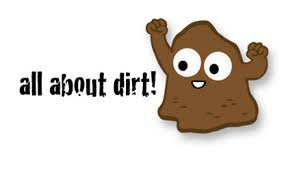 The movie is informative and cute. Some of us know that fertile dirt is alive and full of organisms even though most of them are invisible to the naked eyes. For that reason, there is a little animated character in the film to symbolize living dirt as shown in the image above.

I was also pleasantly surprised to see El Cerrito being mentioned in the film! Kevin Rowell and Marisha Farnsworth of The Natural Builders are featured in the film as they are laying the dirt floor in the bedroom of their cinder-block garage home. I guess their home is in El Cerrito.  The floor they install in Dirt! is made of earth excavated from beneath the topsoil, amended for a proper ratio of sand and clay and fortified with horse manure. That last ingredient may dissuade the squeamish, but horse manure really is amazing stuff. If you want your fruit and vegetables to grow well, add some horse manure to the soil. It doesn't even stink. It's basically digested hay since that's what horses eat mostly.


The film also interviews Alice Waters of Chez Panisse Restaurant, who started Edible Schoolyards in Berkeley. I wish I was introduced to growing food and the magic of dirt earlier in life, but I can doing quite well passing the information to others who are just now beginning to take an interest.