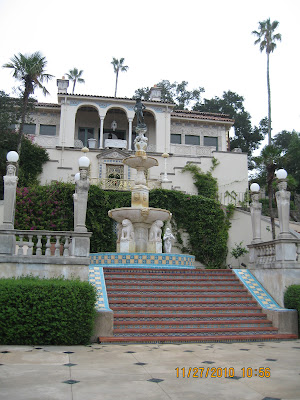 I spent the night at Courtesy Inn of San Simeon. It's just down the road from Hearst Castle, and its rate included a continental breakfast. The room was clean and the staff was friendly. I would stay there again when I visit Hearst Castle in the spring. I had dinner at Big Sur Cafe just steps away from Courtesy Inn. The place is a bit pricey since it is for tourists. The staff was very friendly and polite, and they showed a Hearst Castle video for its customers. 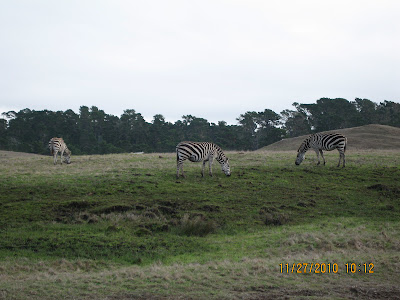 In the morning, I got some coffee and grabbed a couple Danishes before checking out from the motel and headed over to Hearst Castle again. As I passed by the Hearst Castle Ranch off Highway 1, there were zebras grazing with the cattle.

I left my jacket in the car before getting on the tour bus. That was a mistake. It was drizzling on top of the hill and significantly colder. Tour 1 group was much larger than the Tour 2 I went on yesterday. We had a tour guide and an other person staying behind the group to make sure that no one wandered off, touched anything, or used flash photography. 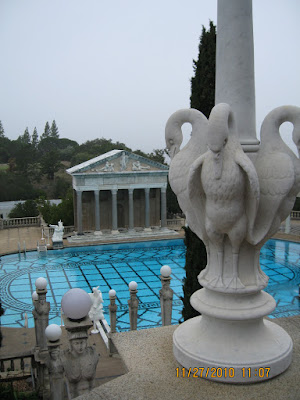 As I toured the castle for the second time, I imagined what it would be like to come here to work on a regular basis. It could be my dream job. This place reminded me of Miyazaki's Castle in the Sky. I prefer to think of it as a magical floating castle for children of all ages instead of an extravagant hangout for Hollywood celebrities. Mr. Lorenzo Lago, the tour guide from yesterday, mentioned how interesting it would be to write tales about the castle. I could already imagine my characters in it. 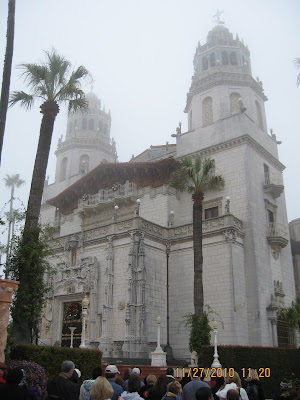 The tour ended at the indoor pool that's covered in 24k gold infused tiles. As soon as we got back on the bus, the rain started to pour down hard. After leaving the castle, I put on my rain jacket and went look for elephant seals along the coast, but there was none to be seen. I decided to take Highway 1 back home instead of 101. I passed many huge pine tress along the coast. I bet there were some porcini growing under those pine needles. 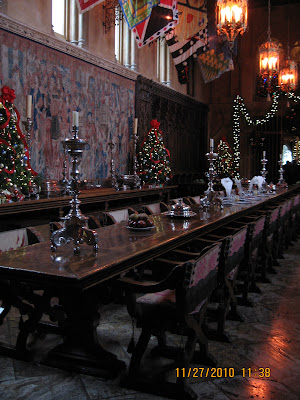