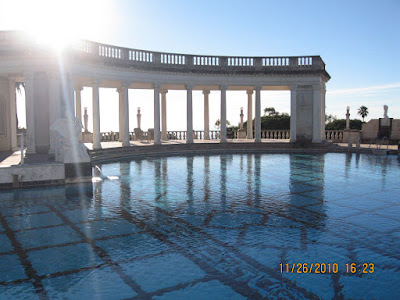 I like castles and historical castles. My first trip to Europe, I made sure that I visited Edinburgh Castle. My second trip to Europe, I traveled all over Italy. For some reason I did not visit Hearst Castle until this past weekend even though it is only 4 driving hours from Sand Village Farm. I left home at 8:30 A.M. on Friday morning. I made a stop at Wendy's in Salinas to try their new natural-cut fries with sea salt and got a caramel Brulée latte from Starbucks. Both were quite tasty!

I arrived Hearst Castle around 1:30 P.M. I wanted to start my tour with Tour 1 since it was my first time there, and this tour is designed for first time visitors to give them an overview. However, most of Tour 1s were sold out until much later, so I got a ticket for Tour 2 at 3 P.M. and a ticket for Tour 1 on Saturday morning at 9:30 A.M. Tour 1 included the companion movie Hearst Castle Building the Dream shown on the giant 5 story screen in the Hearst Castle Theater, which I was able to watch before my tour began at 3 P.M. The movie answered many questions I had about how the castle was built and the story behind its owners. 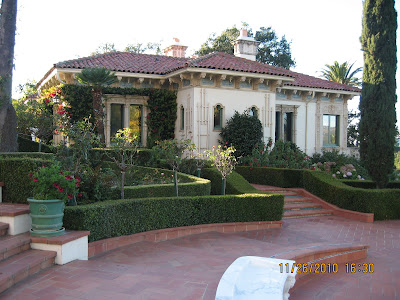 Five minutes before 3 P.M., we lined up next to the doors inside of the Visitor Center to have pictures taken then got on the tour bus to take us up the hill to Hearst Castle. On the way up the hill, we passed by the cages that used to house bears and other carnivorous animals of Hearst Castle Zoo. For ten years, Hearst Castle had its own private zoo. Some of the herbivorous animals such as zebras, big horned sheep, and antelopes can still be seen on the property.

My tour guide was Mr. Lorenzo Lago, who was quite humorous and informative. He told us that his first book, Romance on the High Seas, just got published, which will be available on Amazon.com in a few weeks. 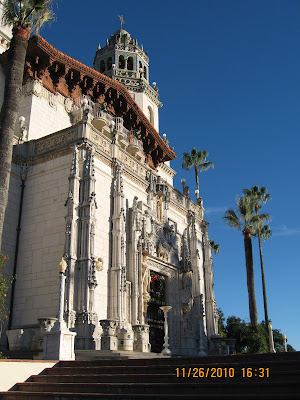 There was so much to see in the castle - every door, door knob, tile, ceiling, lamp, painting, statue, etc. I could spend all day there and still be amazed at every little detail. Its architect, Julia Morgan, was one of the first women to graduate from University of California at Berkeley with a degree in civil engineering and the first woman to receive a certificate in architecture from the Ecole Nationale et Speciale des Beaux-Arts.

I was fascinated by the huge 24-hour kitchen that had every thing any cook could ever wanted. Hearst Castle raised much of its food supply. It had a poultry farm and a cattle ranch (still operational). It also grew many fruits and vegetables. Its water supply came from natural springs above, piped into two reserve tanks of tremendous capacity. In many ways, it was self sustained although extravagant. I wanted to see more of its garden, but Tour 4, the garden tour, is only available from April through October. I will have to come back next spring. Photos are allowed inside of the castle but no flash since harsh light can damage the artifacts. More photos can be viewed at my Hearst Castle album. 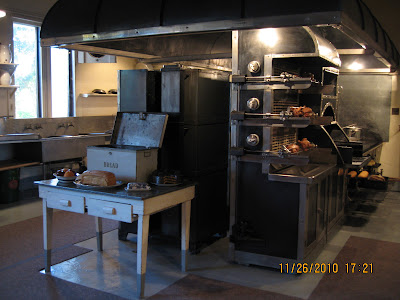