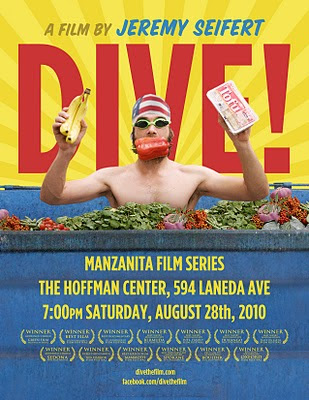 I spent my early childhood years in Asia. One of the very first things they teach you in Asia is not to waste food. Grown ups would tell little kids to finish all the food including every single grain of rice in their bowls. Why? Because every grain came from the hard work of farmers and shouldn't be wasted. Kids learn from an early age that food doesn't fall from sky. Everything we eat is the result of blood and sweet of farmers who work the land. Well, unless you go pick wild food that grow by itself.

When I first came to the Bay Area, I was shocked to see kids in school dumping their lunch into the garbage can. Why were they throwing away perfectly good food?! Didn't they know how much work it is involved to make that spaghetti and pizza? Didn't they know that chickens had to be killed in order for us to eat fried chicken? How could they just dump all that into garbage? As I got older, I became more accustomed to people throwing away food even though I do not agree and can't bring myself to do so. Some people think I have an "issue" with food because I eat leftover. A few guys that I went out on dates with thought I was starved as a kid. They thought maybe I was broke. I guess I enjoy my food much more than other girls on dates.

Later on I learned of food banks that hand out food to families that don't have enough money to buy food. I was confused again. I see food being thrown out everyday, so how could there be people without food to eat? Just last month, I saw a few articles on what Americans are putting in their garbage. It turned out a large part, 25%, of the garbage is food. By wasting food, Americans are also wasting energy - the energy that went into growing the food, processing it, packaging it and transporting it to the consumer and then to the landfill. I am well aware that some Americans simply feel it is within their rights (or blessings) to buy food and throw it away as they wish. I think that just means for the people who do care to work even harder. Here is an American who commented on one of the articles mentioned above:

One of the blessings of Liberty is the right to dispose of personal property as you choose. What individuals do with their food is their business and no one elses. This article itself is a waste of time to read, and was a waste of energy to produce and publish. Merc"

Hopefully this Merc will never become poor and have no money to buy food. Perhaps only then, he will understand food doesn't always come easy for everybody. Base on his logic, he probably doesn't bother to read the recycle codes on plastic items or recycle electronic waste since they are his personal property.

A few years ago after I became involved with urban farming community, I started to feel less of an alien. Other urban farmers cherish food as much as I do, and it's not so much because we were broke or starved. We share the understanding of knowing where the food came from. Sometimes we work together in community gardens. We are not going to throw away the fruits and vegetables that we spent last five months growing. If a peach is bruised on one side, I can just cut that side off and put it in the compost pile. The compost will help the peach tree grow better. There is very little garbage around here.

Dive! will just be another one of the environmental documentaries, but it's something for the excessive Americans to think about how much we are throwing away while we complain about unemployment, lack of money, and shortage of food as a nation.