The High Line in New York


For the last few days I was in New York, and one of the highlights of my trip was The High Line, a park built on an abandoned historical railroad. The High Line was opened to the public on June 9, 2009, so I was very excited to have the opportunity to stop there during my visit. The park is located in the Meatpacking District of Manhattan. I took E line of the Subway to 14th Street & 8th Ave then walked a few blocks to one of the park entrances on Washington Street and Gansevoort Street. 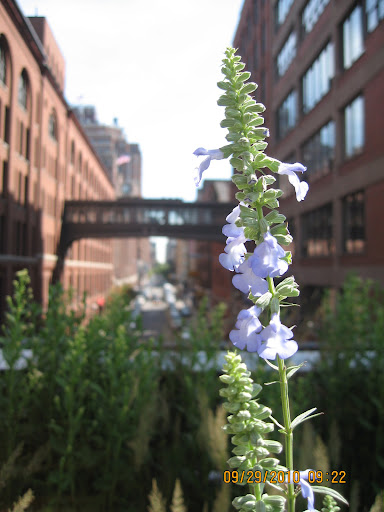 What fascinates me about The High Line is that it is built on a railroad 30 feet above the ground, which was abandoned since the 80's. In late 90's, the historical railroad was under threat of demolition. People got together and formed a community based non-profit group in 1999, called Friends of the High Line, to preserve and maintain the structure as an elevated public park. The rich history of The High Line dated back from 1847. The railroad tracks were originally on the street level. Many accidents occurred between freight trains and street-level traffic that 10th Avenue became known as Death Avenue. In 1929 the West Side Improvement Project was passed, which included the High Line. 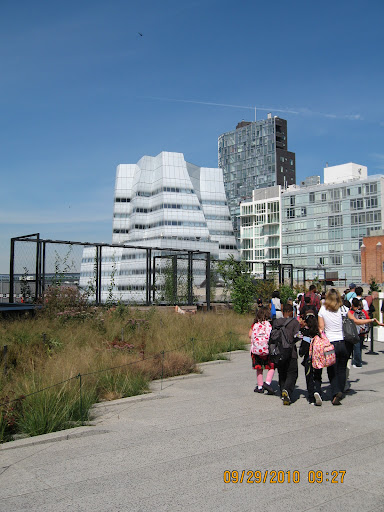 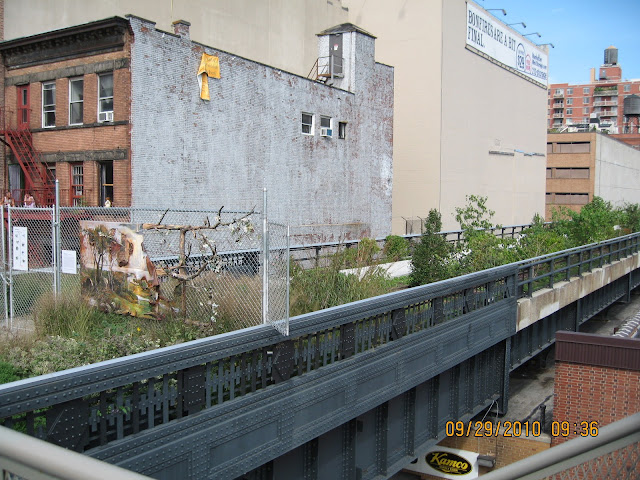 There are many installation art works in and around the High Line. Many student groups go there for field trips. Office people get a chance to take their breaks in a more natural setting away from the traffic.


I hope that as the plants establish in the park, more bees, butterflies, and birds will visit the park as well. I saw very few bees and birds and didn't see a butterfly during my entire time there. The park is  an ongoing project as only first section is open to the public. More sections will be open in the future. The official website of the High Line has detailed information on maps, history, schedule of art works and performances, and information on how to get involved. 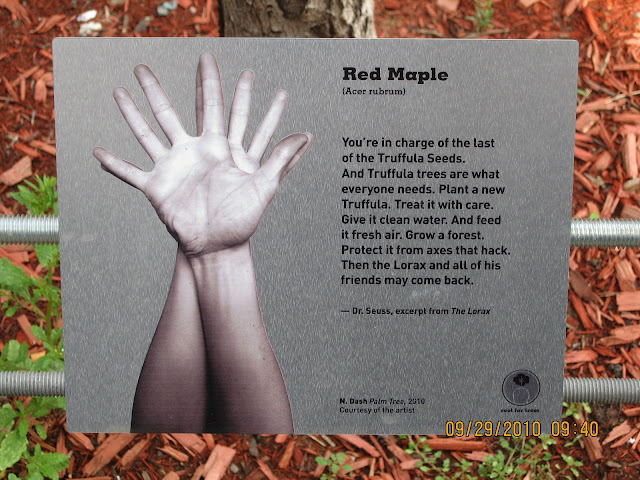