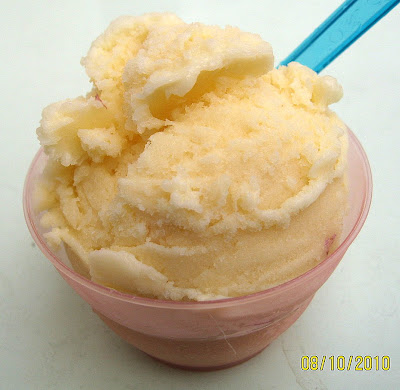 I have been looking for a gelato or ice cream maker for that last 2 months. With all the fresh herbs and fruits on the farm, I have all sorts of ideas for gelato flavors. People ask me what is gelato and what's the different between gelato and ice cream. I first had gelato during my trip to Italy about 6 years ago. It was in November, but that didn't stop me from trying as much gelato as I could. A couple years after returning to the Bay Area, I started to see gelato shops popping up all over the place. Gelato is also known as Italian ice cream, Italian ice, or Italian ice milk. It is much creamier and denser than American ice cream. However, it's lower in fat because it's made with milk and sometimes water instead of cream. It's creamier because it's churned differently from American ice cream. There is little or no air gets mixed in gelato. American ice cream is fluffier because lots of air is packed into it.

I prefer refreshing fruity gelato flavors over rich decadent flavors. There are two gelato shops in downtown Berkeley a couple blocks away from each other on Shattuck Avenue - Gelato Naia and Almare Gelato Italiano (formerly Gelato Milano). Both are quite good, but I like Almare Gelato better than Naia. To me, Almare is just a little creamier, and that's what I like. Another of my favorite is La Copa Loca Gelato in San Francisco Mission District.

I was about to go all out and get an air tight, self-refrigerating gelato machine, but I couldn't locate one at the clearance price. There is no way I can pay full retail price. I have been making stops at various thrift shops and scanning through Craigslist every day for a good deal. Finally I found a basic Krups ice cream maker at a Good Will last weekend. I made my first batch of gelato, rose gelato, with fresh rose pedals. It smells prettier than it looks. 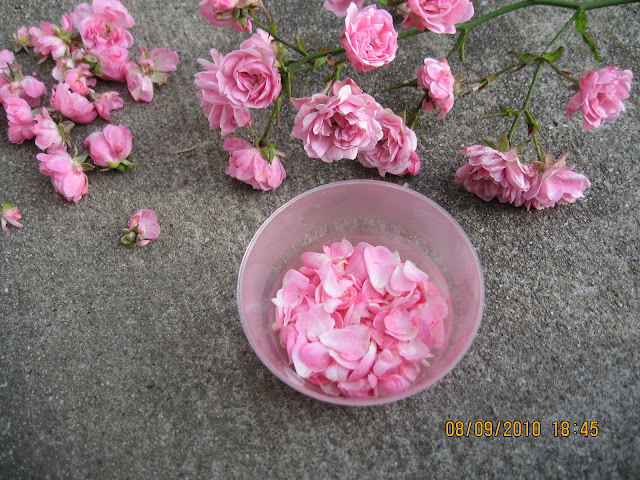