I was trying to get a few things done on the farm before running out of daylight. Suddenly I heard some leaves rustling and the sound of an apple hitting the ground. I looked up and saw the thief in the picture sitting right in the middle of the apple tree. He sensed that I was looking at him and started running along the fence and hopped out. I thought he was gone then he re-appeared and started running the other direction. 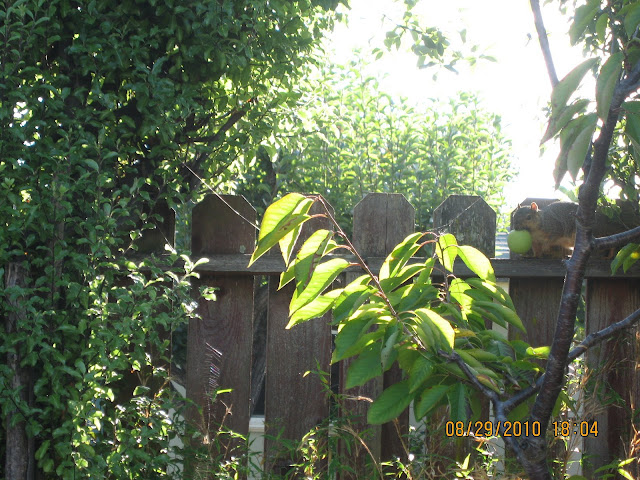 He stopped and looked at me several times. I tried to get closer only to take some pictures. I don't want that apple back anyway! 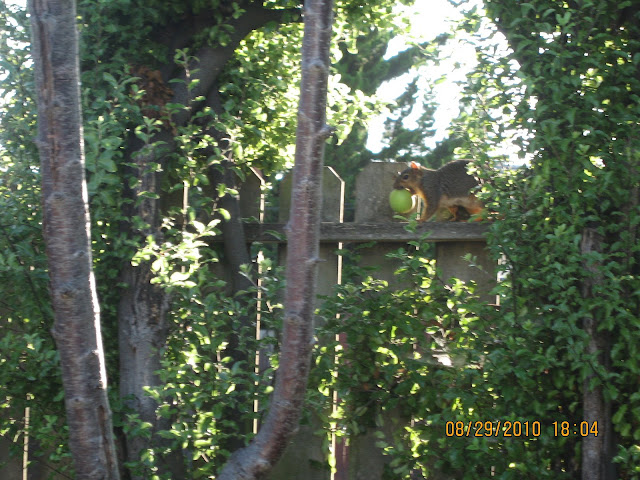