I bought a bunch of young asparagus a few days ago. When I was breaking off the tough parts of the asparagus, I thought I would save those parts to make asparagus tea. Within seconds that idea turned into asparagus gelato. What would complement asparagus? No, I am not putting Parmesan cheese in gelato. Think. Think about what I have on the farm. Ah! Lemon! That's it, asparagus lemon gelato.

You might think it's weird to use asparagus for a dessert. I just Googled for asparagus lemon gelato and no hits. Maybe it's original. Asparagus iced tea is quite popular in Taiwan, and you can get it in Asian markets in cans or juice boxes. It is usually sweetened. If it's good as a sweet cold drink, I know it can work as gelato. 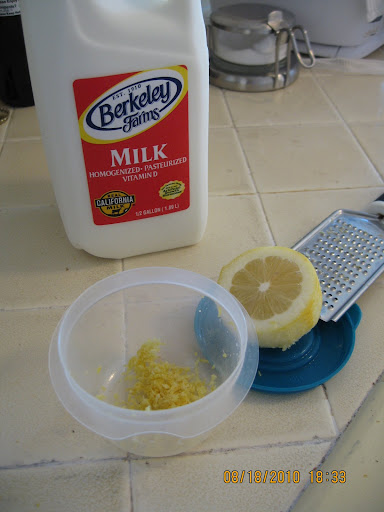 I boiled the parts of asparagus in just enough water to cover them and left the asparagus flavored water in the fridge overnight. After I made the custard with whole milk, I left it to cool completely before putting it in the fridge for an hour. The ice cream maker works better when all the ingredients are cold.

The "quick freeze cyclinder bowl" didn't seem to be cold enough when I made my rose gelato. After doing some research via Google, I left it in the freezer for a week. I also made the eggless custard a lot thicker than last time. As soon as the paddle started churning, I could see a big difference. 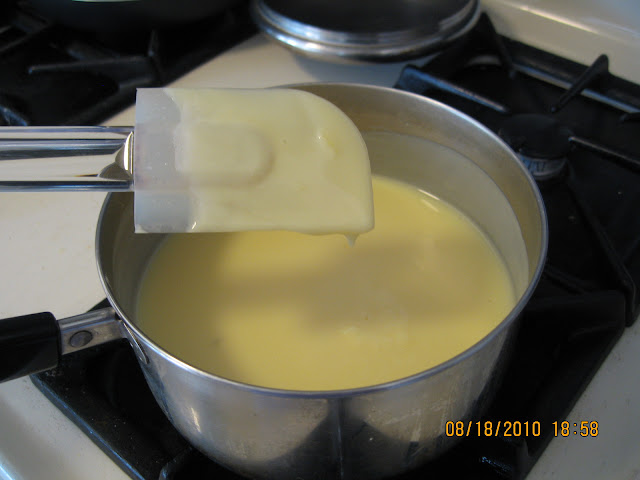 I poured in the lemon zest and juice while the milk custard mix is churning. It got so cold that the peddle couldn't turn anymore after 15 minutes. The texture is very creamy. This is much more like what I was aiming for. Next time, I'll use Farm Village asparagus instead. Yes, there are asparagus growing in one of the raised beds, but I tend not to notice them until they start flowering. 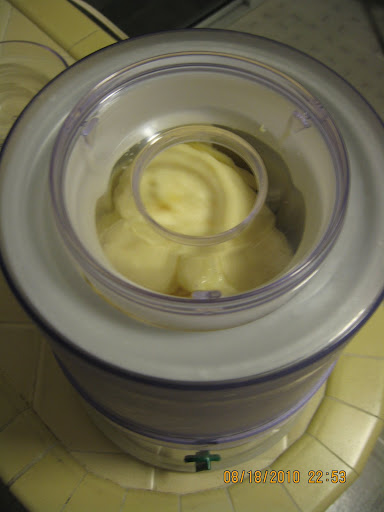