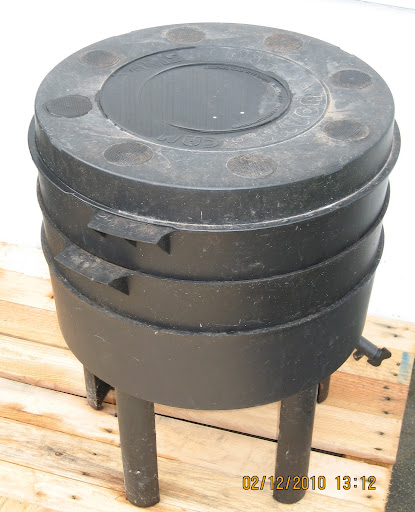 This round "Worms-can" above is my favorite compost bin. I got it in early 2010 from Berkeley Freecycle. It's more sturdy than the rectangular Worm Factory, and the round design has less parts with potentials to break off.

The Worm Factory below is the first worm compost system I got from Craigslist's free section. I didn't notice the posting until a week later. I didn't think it was available anymore since it was left on the sidewalk as indicated in the ad. I drove by the address anyway since it's close by. I noticed the trays sitting inside of a locked gate. I emailed the poster, and it turned out it was still available! I was so excited to get the Worm Factory and started a mutually beneficial relationship with the worms. Both Worms-Can and Worm Factory collect compost tea with their bottom trays. 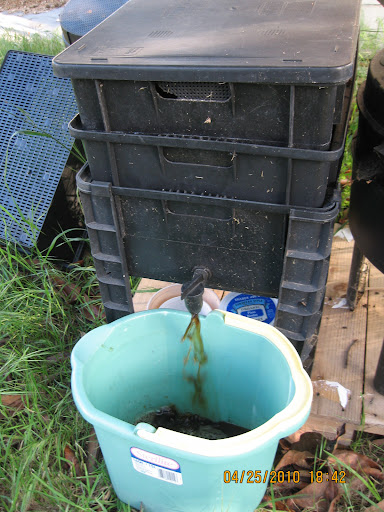 
I like to check on my worms periodically. Normally you don't see them when you open the worm compost bin because they prefer darkness. They are either underneath the surface or they quickly dig underneath to hide as soon as you open the lid. As soon as I turn the compost with a trowel, I find clusters of red wigglers all intertwined together. It makes me happy to see big fat worms!

I feed the worms vegetable and fruit scraps, old and wilted vegetables from the veggie patches, moldy fruit from the trees, egg shells, tea bags, used coffee grinds, and some weeds. I keep the worm bins under a shady tree so the worms won't die from being overheated.

In December 2009, I ordered a compost tumbler over the internet. I filled it with both dry and wet (brown and green) yard clippings. It's July now, and it has not fully turned into compost. The compost tumbler cost about $100. If you are thinking about composting, I highly recommend the worm method. You can easily make your own worm compost bin or look for giveaways on Craigslist. Some counties even offer worm compost bins to their residents free of charge as I found out that Alameda County was giving away Worm Factories. 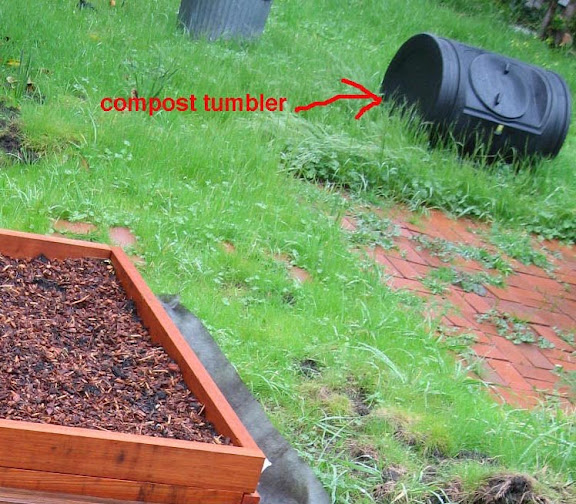 Email ThisBlogThis!Share to TwitterShare to FacebookShare to Pinterest
Labels: Compost