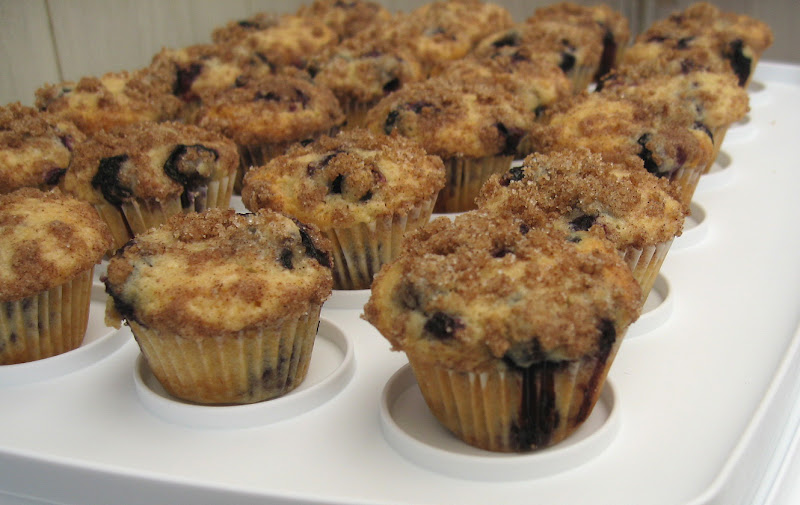 I have baked a lot of blueberry muffins ever since I became interested in baking back in 2000. I always liked them best when they just came out from the oven. They seemed to harden once they got cold. I didn't know how to bake muffins that would stay soft and moist until I came upon a recipe called "To Die For Blueberry Muffins" very recently.

"To Die For" is a bit drastic, but the muffins I made with this recipe are the best blueberry muffins I have ever baked. Not only they smell awesome, they look equally impressive. The texture is somewhere between muffin and cupcake, and they stay soft and moist. I have baked them in both jumbo and mini sizes. The minis are perfect for potluck and parties. The jumbo ones are good for breakfast. 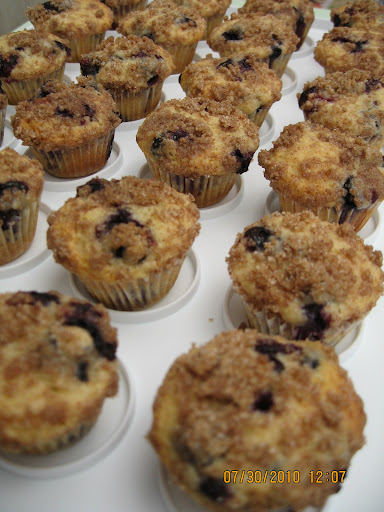