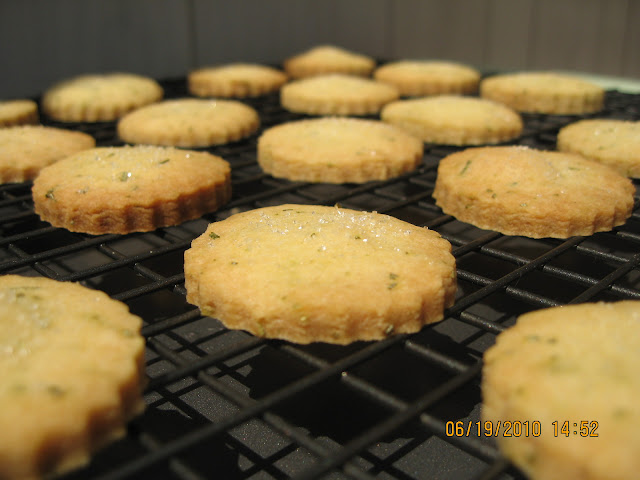 Tomorrow is the Horticulture Permaculture Solstice Convergence. I didn't think I had any skill to share at this event until two nights ago. It just occurred to me that I can use the herbs on the farm to bake a few things for people to sample. I have a lot of rosemary. I love rosemary olive oil bread, but can I use rosemary for something sweet? After Goolgling rosemary cookies, I found plenty of recipes. It certainly isn't something new although it's far less common than chocolate chip cookies. 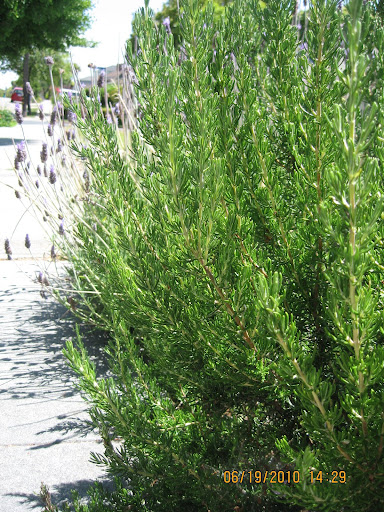 I made a beginner's mistake while I was mixing the flour into the butter/sugar mixture. Instead of adding the flour in small portions and mix in between each small addition, I dumped the entire 2 3/4 cups of flour into the butter/sugar all at once. If you have made the same mistake, then you know that dough will not form into a ball. It just falls apart. I didn't want to add water into the mixture, so I added some olive oil. That helped a little, but I still wasn't able to form a dough ball that I could actually roll out flat. I ended up work the dough in small patches and just flatten it by hand on the counter and cut the cookies out with the cutter. I used the mini cookie cutter since I don't know how many people are going to be at this Solstice Convergence. It's scheduled for 1-7 PM. I don't want to run out of cookies in the first hour.

The cookies turned out nicely. I had to stop myself from keep eating them. They are most likely going to run out pretty quickly. Urban farmers love free food. I know I do. I better pack them up and get ready to bake some lemon-lavender shortbread cookies. 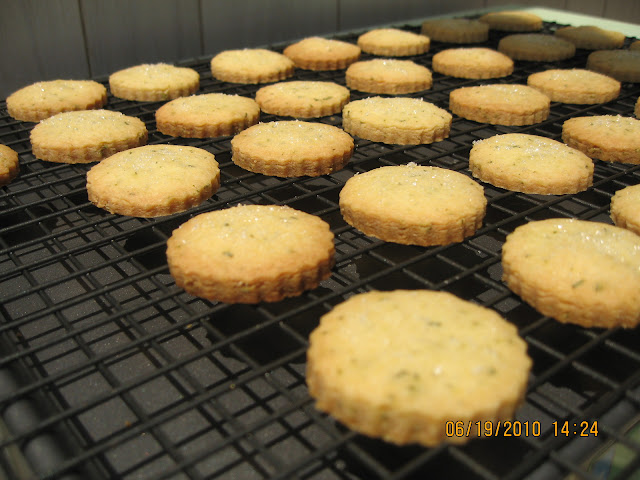